Strato is styling the streets

When you think about some of the biggest brands in women's fashion, the names David Tlale, Thula Sindi and Gert-Johan Coetzee pop up. 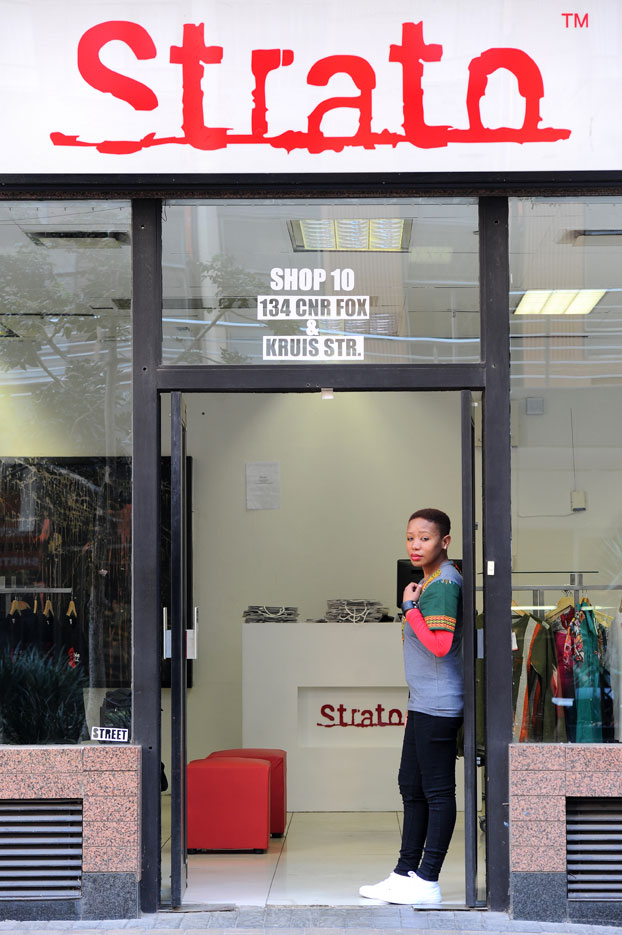 All of these designers have one thing in common – they’re men who have made successful careers out of making clothing for women. There’s nothing strange about it. You don’t need to have hips to make a dress that accentuates the female form and you don’t need breasts to make a dress with bra cups.

But when people hear Maloti Mothobi, the creator of menswear brand Strato, is female, there’s a sense of doubt. How can a woman design clothes exclusively for men? “I have to deal with that stereotype a lot,” she tells us from her newly opened concept store in the Johannesburg CBD. “I’m one of few female designers in this ‘male design space’ and this stereotype that a woman should be making clothes that she can wear is a challenge.” 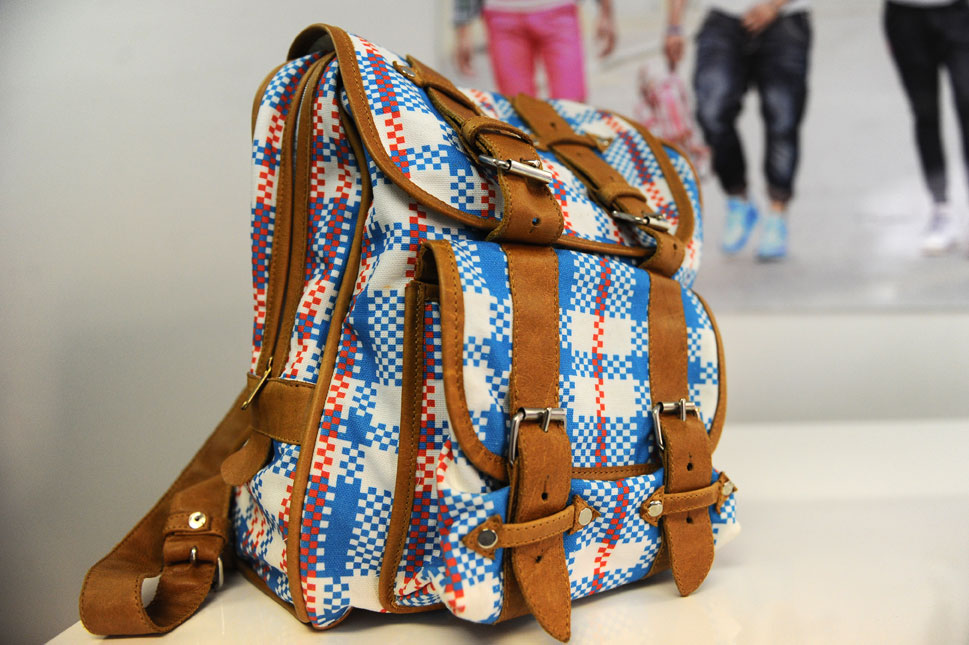 Some clothing elements are seen at the Strato pop-up store as founder and Creative Director Maloti Mothobi speaks to The Citizen, 25 August 2015, in Johannesburg. Picture: Michel Bega

But Mothobi is clearly doing something right. She’s gone from selling her garments out of the boot of her car to opening tores in Cape Town and Johannesburg. After completing a degree in fashion, Mothobi saw there was a gap in the market for a local brand that fuses sportswear with streetwear. So she created Strato (slang for street) – initially a unisex brand.

“Designing clothes for men was purely a business decision for me at first,” she says. “I was creating clothing for both men and women and literally going door to door trying to sell them. The reaction I got from the male clients was amazing so I decided to focus on that.” 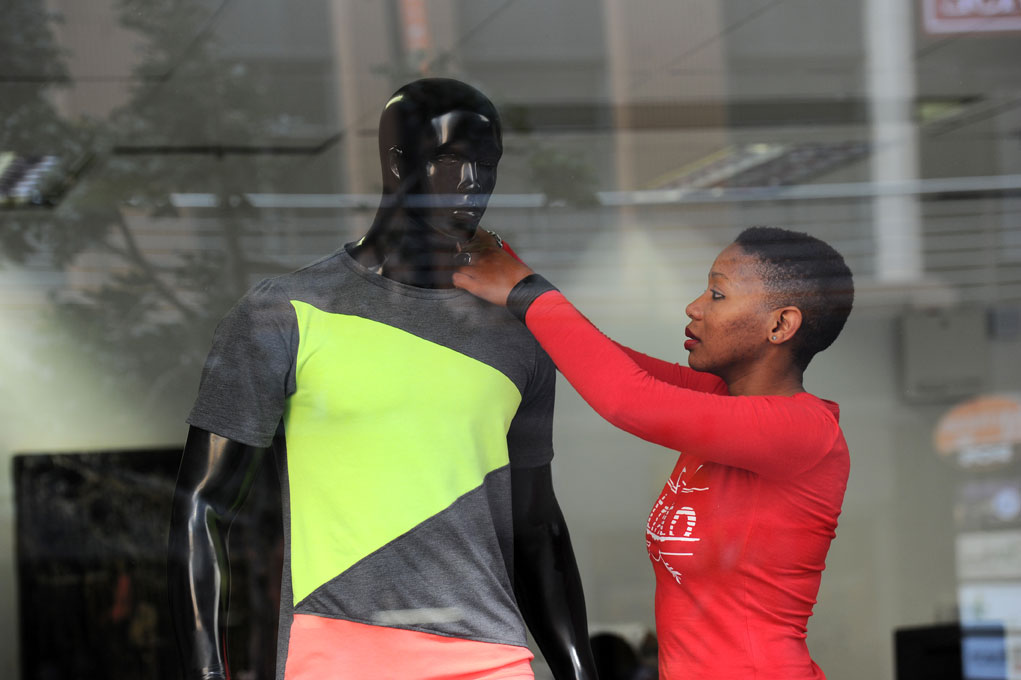 Does she struggle to get the same respect as her male counterparts? “At first, yes. But my work speaks for itself. Once they see what I can do, they are forced to take it seriously.” Speaking on the kind of man she targets with the brand, Mothobi says: “I call my ideal client the Strato man. He’s young, professional and stylish; he doesn’t necessarily follow trends but he is bold and always wants to stand out. That’s why there’s a lot of colour and diversity in terms of our products.”

But why streetwear, when it seems as though high-end fashion is more profitable? “It’s just who I am,” she says with a shrug. “There was a time when I was doing wedding gowns – to this day, I still don’t understand why. I wasn’t particularly good at it and I just wasn’t happy.” 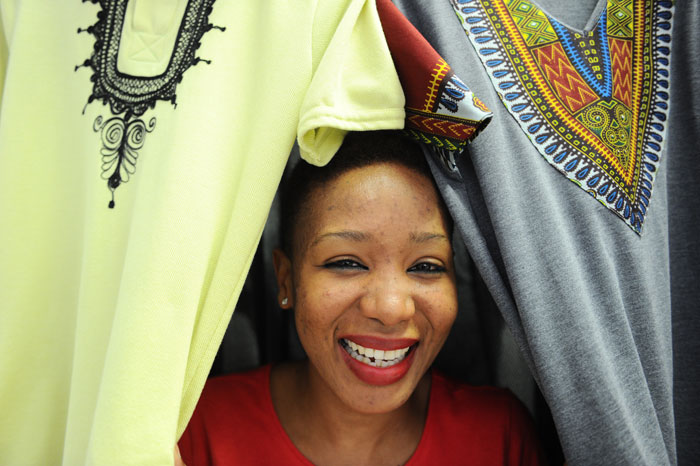 “Designing streetwear allows me to be as creative as I want to be and I love that. “I also don’t think high-end fashion is necessarily more profitable. “If you think about it, how many times do people want to go to red-carpet events versus times someone just wants a cool T-shirt to wear?”

On her dreams for her brand, she says she hopes to expand. “I opened a store in Joburg with the hope that it will grow the brand,” Mothobi explains. “One of the hardest things to do as a small business owner in fashion is to establish a loyal following and to grow it. 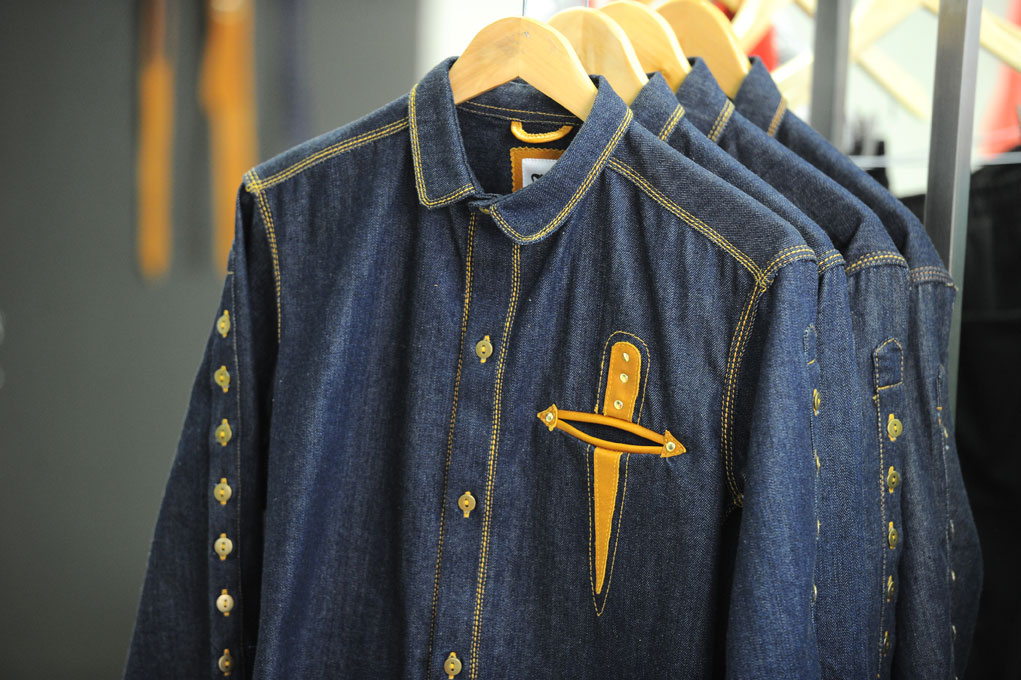 Some clothing elements are seen at the Strato pop-up store as founder and Creative Director Maloti Mothobi speaks to The Citizen, 25 August 2015, in Johannesburg. Picture: Michel Bega

“It’s hard to find local clients who will be loyal to your brand in the same way they are loyal to international brands.”