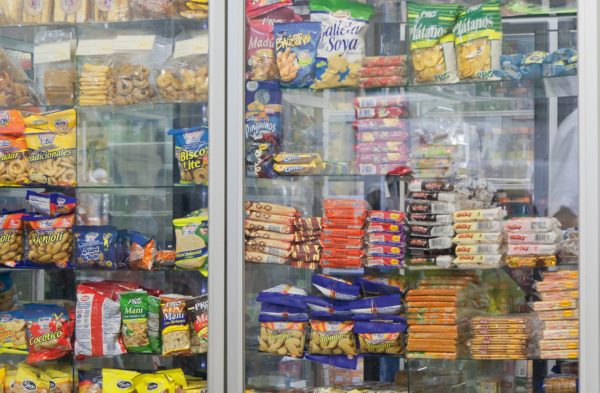 For the first time, researchers have studied the environmental footprint of the consumption of ultra-processed food. Conducted in Brazil, the research suggests that consuming more of these foods over three decades has contributed to increasing diet-related greenhouse gas emissions by about 21%.

It’s already widely known that meat and dairy production has a harmful impact on the planet. But, according to this study conducted by an Anglo-Brazilian research team, the consumption of ultra-processed foods (industrially produced bread, meat like chicken nuggets and hot dogs, sodas, cookies, frozen pizzas, etc.) could also have a significant impact on the environment.

Published in the journal The Lancet Planetary Health, the research covers a 30-year period (from 1987 to 2018) and draws on nationally representative data to assess changes in the diet of people in Brazil, as well as the impact that eating ultra-processed foods could have on global warming.

Four distinct groups of foods were analysed, based on their additive content and “processed” status (ranging from “unprocessed” to “ultra-processed”). The study authors observed that the consumption of minimally processed foods such as fruit and vegetables has tended to decrease over the years among Brazilians, in favour of ultra-processed foods.

ALSO READ: Forget wheat and corn, sorghum is the cereal of the future

These changes in consumers’ diets, which saw them eating more food in the ultra-processed category,  contributed to an increase in the diet-related ecological footprint. A press release on the research explains that the increasing environmental impact of ultra-processed foods has largely been “driven by an increase in consumption of ultra-processed meat, which at least doubled its contribution to daily environmental impacts per individual, reaching about 20% of total diet-related footprints over the 30-year timeframe.”

“For our health and sustainability, ultra-processed foods are already a massive, and growing problem … Our findings suggest that diet-related diseases and climate change share an underlying driver and therefore, should be addressed simultaneously,” study co-author Christian Reynolds, senior lecturer at the Centre for Food Policy a City University of London, said in a statement.