What is streaking in the world of running?

Although no scientific studies have been conducted on streaking, the benefits of running have long been established. 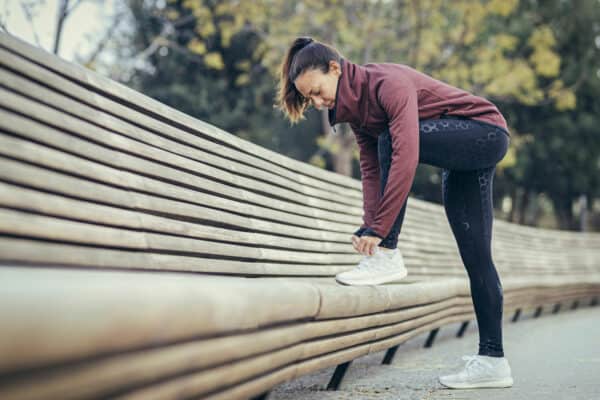 Physical activity doesn’t always have to be about performance. That’s why streakers or streak runners commit to running at least 1.61 kilometres every day. The goal: to incorporate running into a daily routine.

Simply get out to run and forget about performance. This is the goal of aiming for a “running streak,” a practice that is becoming popular in the United States. The concept is simple. Run every day, a small distance, at least 1.61 kilometres (the equivalent of a mile). “Running may occur on either the roads, a track, over hill and dale, or on a treadmill,” says Streak Runners International.

This practice aims to make jogging part of the daily routine. A streak can be done during a given period, a week or a month for example. Like all sports practices, an integral part is about challenging yourself and repeating this activity as long as possible. In the United States, former athlete Hellah Sidibe has been running daily since May 2017, reports the New York Times.

ALSO READ: Can you lose belly fat by running? Tips from a runner for bikini season

Although no scientific studies have been conducted on streaking, the benefits of running have long been established. Practitioners report a better quality of sleep, a strengthened immune system and a feeling of well-being due to the endorphin secreted during the physical activity. Moreover, practicing a daily physical activity helps with maintaining a balanced diet.

The physical activity undertaken during the streak must be adapted to the level of the runner. Setting goals that are too high could discourage the very principe, which is consistency, or even cause injury. It is essential to listen to your body. In case of pain or other problem, don’t hesitate to take a rest.

This concept of getting moving every day, and reducing the importance of performances in the matter, is becoming increasingly popular, spawning the “RED January” challenge in the UK. The objective? Move a little bit every day, to fight the winter blues. There’s no predefined discipline. Running, swimming, fitness… all sports work for boosting your activity level. Ready to try it?