The EC government went to court to stop money in the health department’s account from being attached by successful medical negligence claimants. 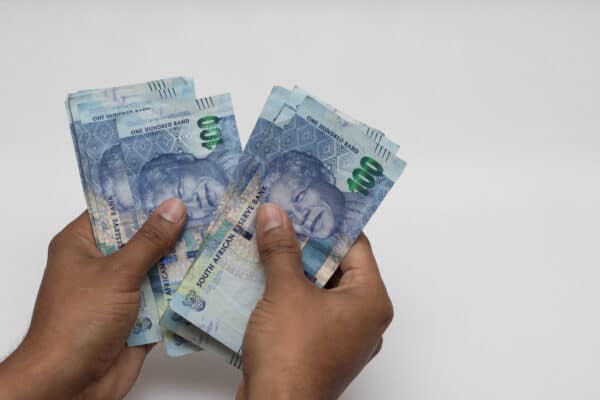 The Eastern Cape government went to court to stop money in the health department’s account from being attached by successful medical negligence claims. But, on Tuesday, the High Court ruled against the state in a damning judgment.

The Eastern Cape MECs of finance and health, as well as the heads of these departments, applied for the interdict to stop dozens of claimants from recovering what they are owed in terms of their court orders. Most of the claimants are poor parents of children born with cerebral palsy due to negligence.

Judges Jannie Eksteen, Nomatamsanqa Beshe and Justin Laing refused to grant the interdict and criticised senior officials, including the provincial heads of health and the treasury, for not budgeting for the rise in medical negligence claims.

The judges have also directed that their judgment be brought to the attention of the National Director of Public Prosecutions “to consider possible prosecution in terms of the Public Finance Management Act (PFMA)”.

The applicants had argued that they needed the interdict in order to retain control of the bank account pending applications to “vary” the court orders to make payments in instalments.

“[The applicants] lament that they are unable to meet their constitutional obligations in the face of their deteriorating financial well-being which they ascribe to the ever increasing, never-ending burden of medico legal claims,” said Judge Eksteen, who penned the judgment.

In particular, the applicants wanted to stop the claimants and their attorneys from attaching money in the Department of Health Paymaster General Account.

The applicants said that in the 2020/21 financial year the department had an annual budget of R26.4 billion, but after payment of salaries and other commitments, it was left with R3.4 billion for health care services.

In the same year, writs of execution arising from medico-legal claims amounted to almost R1-billion (R921-million). The department also estimated it has a contingent liability of nearly R39-billion in unresolved claims.

Rights of claimants must be weighed against those of state

Judge Eksteen said it was argued that these debts could lead to the “total collapse” of the health service in the Eastern Cape. However, he said, “the symbol of justice is a pair of scales” and the particular circumstances of each of the claimants has to be weighed.

“They are primarily indigent, rural citizens, the vast majority of claims arise from cerebral palsy inflicted on children through birth injuries, by negligence,” he said.

The judge noted that the applicants had accepted that the litigation in each case was justified, the finding of negligence was not disputed, and the validity of the judgments was not challenged.

The applicants had submitted that it would “lose control of its bank account”, would not be able to pay its suppliers, and this would “ “wreak havoc” and mean the department would be unable to execute its constitutional obligations.

But Judge Eksteen said the applicants were wrong in contending that the State Liability Act, which governs how debt can be collected against the state, precluded the attachment of monies in the Paymaster General Account.

He said while the applicants denied any suggestion of mismanagement “even on their own version, the fiscal management of the department and indeed of treasury is cause for grave concern”.

Failure to budget is violation of PFMA

“As a direct result of the conscious decision not to budget for these claims, any payment of a judgment debt constitutes an unauthorised expenditure in terms of the PFMA,” the judge said.

This “unlawfulness” had previously been pointed out to them by the Auditor-General and the suggestion that they were not permitted to budget for judgment debts was “unfounded”.

In fact, he said, the PFMA required proper budgeting.

“The accounting officer’s failure to do this constitutes financial mismanagement. The conclusion is inescapable that the management of finances of the Eastern Cape Government, particularly the Department of Health, falls far short of the standards demanded by the PFMA.

“In the circumstances, it is appropriate to refer this judgment to the National Director of Public Prosecutions to consider whether to institute a prosecution,” he said.

With regards to the proposal that the judgments be revised, the judge said the applicants had produced a schedule for each of the claimants, proposing initial payments and subsequent payments, some extending over ten years.

There was no provision for the payment of interest already accrued or that would accrue. There was also no mention of the circumstances or needs of the injured parties.

“Many of them were taken by agreement between the parties … and stipulate the date for payment … a variation in the date of payment may affect the substance of the award,” he said, noting that the applicant’s advocate had conceded in argument that some may even die as a consequence of the delay in payment.

He said the common law precluded a court from setting aside or altering a final order.

The applicants, in asking that they be allowed to make periodic payments, had raised a special defence to the “once and for all rule”, without leading evidence to substantiate this.

“This would require the re-opening of the trial in each case, which would have a detrimental impact on [the claimants] who are mostly poor people who have been victim to the department’s negligence and have already litigated their matters to finality.”

He said the department had already inflicted a “lifetime of suffering” on the injured parties through the negligence of its employees and its breach of its statutory obligations as set out in the State Liability Act and the PFMA.

“The prospect of success in an application for variation of final orders already granted are slim, if they exist at all.

“The prejudice is a reduction in the standard of health care services. That reduction flows at least in part from its own making. The department is the wrongdoer and is the cause of the liability.

“The application was ill-advised and cannot succeed,” he said, dismissing it with costs.