Pothole Patrol has successfully led to the repairing of at least 50,000 potholes since May. 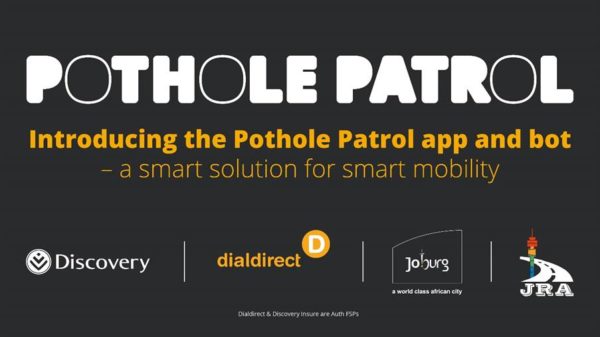 Johannesburg’s seemingly never-ending pothole problem is getting a digital solution that will allow motorists and authorities to report and track the repair process from your phone.

The City of Johannesburg, in partnership with Discovery Insure and Dial Direct Insurance, launched the new Pothole Patrol app and WhatsApp bot to fast-track the ongoing fight against potholes across the municipality.

Pothole Patrol has successfully led to the repairing of at least 50,000 potholes since May.

“I know that people always complain that we are not doing our jobs. We try our best as politicians to pay oversight as to what our officials are doing,” said newly installed Johannesburg mayor Mpho Moerane.

The app and WhatsApp bot allow road users to easily report potholes they come across by inserting a location that allows Pothole Patrol to track process of repairing the damage.

Residents can download the Pothole Patrol app from the Apple App Store and Google Play.

Head of Dial Direct Insurance Anneli Retief said the Pothole Patrol app was simple to use.

“It geolocates potholes and provides real-time progress on the potholes’ repair statuses. With the bot, users will also be able to report a pothole and view the status of the repair,” said Retief.

“We’ve made a considerable dent in solving the challenge of potholes on our roads. Using the app will deepen our use of telematics to identify areas sorely in need of intervention by the Pothole Patrol,” said Discovery Insure CEO Anton Ossip.

Johannesburg Roads Agency uses its improved environmentally friendly asphalt plant in Selby, while the private partners use their own specialised equipment and additional asphalt sourced from a private supplier to repair the potholes.

Moerane described the app and WhatsApp bot as “a sure milestone step towards the transformation of Johannesburg into a smart city as captured in the Joburg Growth and Development Strategy 2040”.

He praised Pothole Patrol’s progress, saying it was a great example of smart mobility.

“The Pothole Patrol initiative is not only about speeding up the repairs of our city’s road infrastructure but also to make our roads safer for all users who include motorists, motorcyclists, cyclists, as well as pedestrians,” said Moerane.

The app and bot are expected to reduce traffic congestion in pothole-affected areas and aid traffic flow. 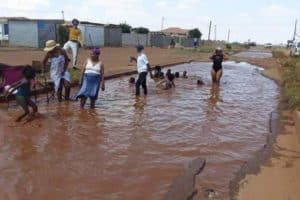 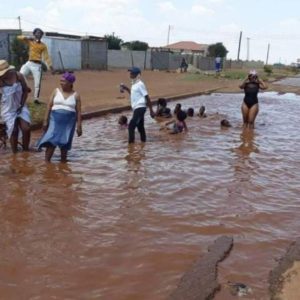