You do not have to be ugly to be tough, Mitsubishi Triton

Mitsubishi took their newcomer to the Nampo Show in Bothaville and invited farmers – the toughest bakkie critics in the world – to tackle severe off-road terrain. 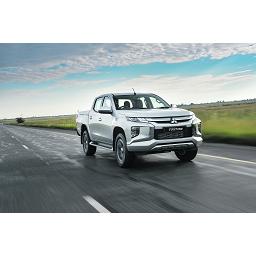 You do not have to be ugly to be tough. That catchphrase was used successfully to sell a bakkie on these shores some years ago and it has just – unofficially – returned.

It resurfaced with the recent appearance of the new Mitsubishi Triton. When launching the vehicle, the Japanese manufacturer based its marketing onslaught on two platforms – looks and toughness. The 2019 Triton immediately drew attention due to its handsome appearance. 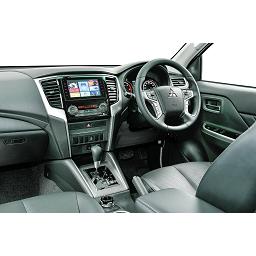 Even the most severe critics could not deny this is an extremely attractive vehicle. We know very little about the nuances of vehicle design, but our tried-and-trusted mantra of “if it looks right, it is probably right” came into play when this writer got a Triton 2.4L DI-DC 4×4 Automatic as a week-long house guest recently.

Everywhere I took the Triton, people stared at it. Park it at a shopping mall, and at least three people – mostly bakkie owners – would approach, study, prod, ask to sit inside, admire the 18-inch spoked alloy wheels and demand technical details. I could tell them the vehicle boasts a four-cylinder, twin overhead cam, common rail injection, intercooled turbodiesel engine, that produces 133kW of power at 3 500rpm and 430Nm of torque at 2 500rpm.

The grunt and twist goes to all four wheels via Mitsubishi’s new six-speed automatic transmission. In usual day-to-day usage, the Triton will divide the power, with 60% going to the rear wheels and 40% to the front. 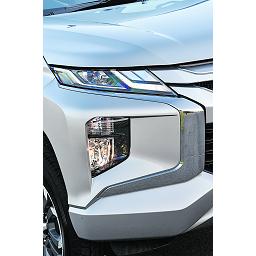 That, depending on where the owner wishes to drive, can be adjusted to a 50/50 distribution, plus a low range and rear diff lock for severely rough or slippery conditions. I could also mention that it boasts electronic off-road driving assistance, hill descent control, plus approach and departure angles of 28% and 23% respectively.

To ensure you do not need the above, there are disc brakes all round with ABS, EBD, an electronic brake-assist system, a rear-view camera, a high-mounted rear stop lamp and daytime running front lights. With most local bakkie owners hardly ever straying from tar roads, the Triton’s interior will also come under close scrutiny – and it did not disappoint.

These days, test cars have to be handled with kid gloves, due to the massive costs of repairs when journalists apply ignorance while on the move. Thus, no bundu-bashing, violent acceleration or top-speed testing for us. 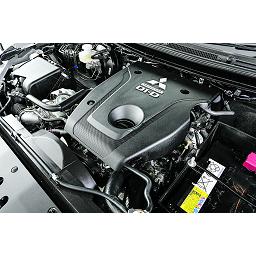 I drove the Triton carefully and lawfully on tarmac only – pretty much what a large proportion of its buyers will do. It came up trumps as city-and-urban transportation. It was totally undemanding – the engine starts delivering ample torque at low engine speeds and the automatic transmission is buttery smooth.

Thus, the Triton simply glides along, always in the correct gear, whether in city traffic or on the highway. It is a large vehicle, but has a turning radius of under six metres. That, together with the rearview camera, made it easy to park. Over the duration of the test, we managed an average fuel consumption figure of 8.3l/100km – not bad, considering we did not make any attempt to save diesel.

All good stuff, then, but will the Triton sell? The SA bakkie market is murderously competitive. Local bakkie buyers are fiercely loyal to their chosen brands and persuading them to even consider a segment newcomer will be difficult.

Which is why Mitsubishi go to huge lengths to underline the Triton’s toughness. At the launch, scribes were invited to thrash the bakkies over severely rough terrain and nobody reported problems in negotiating steep inclines, deep mud, rocky slopes or deep dongas.

That apart, Mitsubishi took their newcomer to the Nampo Show in Bothaville and invited farmers – the toughest bakkie critics in the world – to tackle severe off-road terrain.

That shows supreme confidence, as does Mitsubishi’s warranty of three years or 100 000km, a five-year/90 000km service plan and a five-year/unlimited mileage roadside assistance benefit. The new Triton 2.4L DI-DC 4×4 Automatic will set you back R589 999 – very reasonable, in its market segment.