Despite having set today (26 June) aside as the official date for the new Puma, a series of leaked details has allegedly been cited as the reasons for Ford opting to introduce its latest crossover a day earlier than planned. Taking its name from the iconic Fiesta-based sports coupe that ended production 17 years ago, the all-new, high-riding Puma does however come underpinned by its sibling’s B-platform, and with styling from both it and the new Kuga.

The result of a €1.5-billion (R24.4-billion) investment into the former B-Max plant in Craiova, Romania that also builds the European market EcoSport, the wedge-like Puma, whose headlights is claimed to be canoe-like in shape and available with full LEDs, will also be offered in sporty ST-Line guise made up of a model specific bodykit, standard 18-inch or optional 19-inch alloy wheels, a ST-Line grille with gloss black surrounds and high gloss detailing around the head and fog lamps.

Inside, the interior is near identical to that of the Fiesta and the new Focus with the customisable 12.3-inch digital instrument cluster being fitted to some models, along with the SYNC 3 enabled, freestanding eight-inch touchscreen infotainment system outfitted with Apple CarPlay and Android Auto. 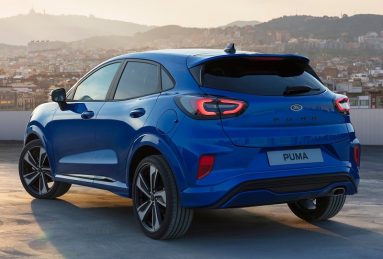 In a departure from previous models, the Puma introduces mild-hybrid technology to the Blue Oval for the first time as standard, with the 11.5 kWh belt-driven generator/starter charging the now ubiquitous 48-volt lithium ion-battery pack that comes paired to the multi-award winning 1.0 EcoBoost petrol engine. 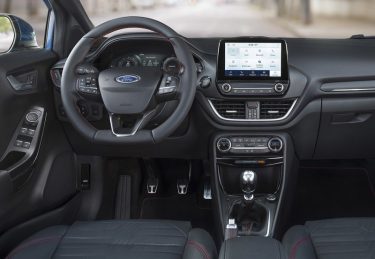 While the 48-volt system provides as much as 50 Nm for short bursts and improves efficiency by as much as nine percent according to Ford, the EcoBoost itself will be offered in two states of tune; 92 kW and 115 kW with the only confirmed gearbox option being a six-speed manual.

At present, it remains unknown as to whether the Puma would be made available in South Africa as its pricing could clash with that of the EcoSport.