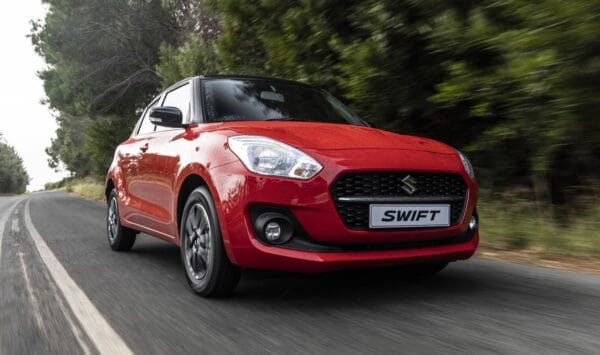 The Suzuki Swift was South Africa's top-selling passenger for the second consecutive month in June 2022.

The Suzuki Swift’s local stock kept on rising in June as it became South Africa’s top-selling vehicle for the second consecutive month.

No less than 1 925 Suzuki Swifts were sold last month. The hatchback’s success forms the backbone of Suzuki’s new record monthly sales total of 4 622 which helped the Japanese manufacturer consolidate third place behind Toyota (7 439) and the Volkswagen Group (5 672).

Toyota had another remarkable month taking into consideration the closure of its Prospecton plant in April to repair flood damage. The assembly plant manufactures the Hilux, HiAce, Corolla Cross, Fortuner and Corolla Quest, all regular star performers on the sales charts.

Toyota’s success in June rested heavily on the shoulders of its imported products. The Urban Cruiser (1 785), Starlet (1 574) and Rumion (564) were its best-performing passenger cars, with the Urban Cruiser and Starlet being Mzansi’s second and fourth best-sellers.

VW’s sales of the Polo Vivo (1 619) and Polo (1 461) came back strongly after a poor month in May due to parts supply constraints at the Kariega assembly plant. The Polo Vivo was South Africa’s third best-selling passenger car, Polo was fifth overall.

The Renault Kiger slots in at number six after recording sales of 1 016, with the VW T-Cross (970) closely behind in seventh place.

In the bakkie stakes, the Ford Ranger (1 601) for the second consecutive month holds bragging rights over the Toyota Hilux (969), which has dropped to third in light commercial vehicle sales behind the Isuzu D-Max (1 280).

To see the May report from Naamsa, The Automotive Business Council, click here.