The new Nissan Patrol pickup is throwing down the gauntlet in a big way. 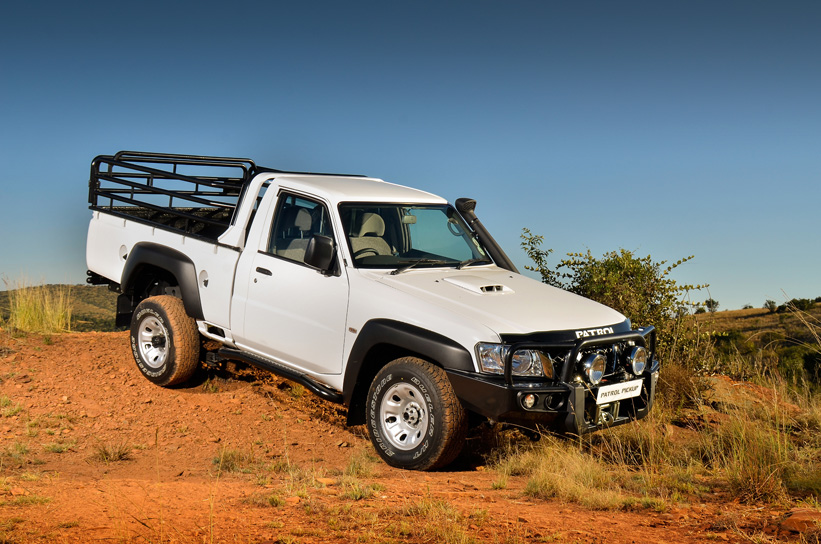 To many city folk this may not seem like a big deal, surely all new vehicle models aim to challenge their competitors? True, but to do so one needs a product that can actually stand up to its rivals and when your rival is the Toyota Land Cruiser, that’s fighting talk.

The new Patrol pickup appears more than up to the task. In fact I believe the outgoing model was equal to the task and was possibly the most under-marketed and underrated vehicle on the market.

The outgoing model had a wonderfully smooth and gentle ride, given the truck-like nature of the workhorse. This is retained and possibly even improved in the new model. In achieving this Nissan appear to have sacrificed nothing in terms of ruggedness or functionality.

The vehicle can carry 1090kg in its load bay, which is 2150mm long and 1800mm wide. This is shorter, but wider and ultimately fractionally bigger, than the Land Cruiser. The area of debate will come around the ride height. The Cruiser rides higher, with a higher ground clearance, than the Patrol. This is a mixed blessing I believe. If you are going to spend your time clambering over rocks, you want to be as high as possible. However this makes the vehicle less stable at higher speeds.

The Patrol is excellent at speed and the lower centre of gravity means your heart doesn’t jump as the vehicle lurches into a bend at speed. Ultimately I think the greatest deciding factor between the two vehicles will lie here. Drivers will need to think carefully about the conditions they use their vehicles under.

If the the bulk is tar and dirt, which occasionally becomes mud, the Patrol is probably the best choice on the market because of what it offers in terms of speed and comfort. If ride height is crucial that is the advantage the Land Cruiser will bring.

Keep an eye on Citizen Motoring for the full review.