Despite the evolutionary design, the overall silhouette has not changed much. One of its most polarising models ever made when the covers came off at the Geneva Motor Show a decade ago, Nissan has ended its prolonged teaser campaign of the all-new Juke by unveiling the long overdue second generation model.

Despite the evolutionary design with the Juke retaining the dual headlight cluster arrangement, albeit with the daytime running lights now being more slimmer than before, the overall silhouette has not changed much with the roof still sporting a lowered coupe-like design and the V-motion grille being slightly revised. 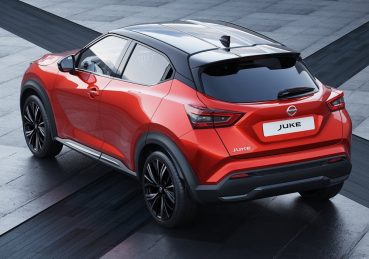 At the rear, the boomerang taillights have been replaced by Qashqai-styled clusters, while a selection of eleven colours are now offered along with alloy wheel sizes ranging from 16 to 19-inches.

Underneath, the Juke swaps the previous V-platform for the new CMF-B also used by the new Renault Clio and Captur, with dimensions of  4 210 mm in overall length, a width of 1 800 mm and height of 1 595 mm. 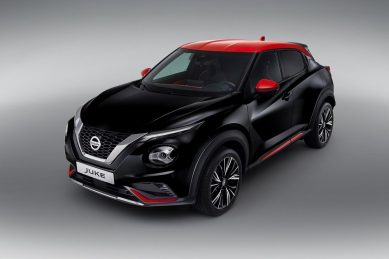 In spite of gaining on all fronts, in addition to its 2 636 mm wheelbase, the Juke is 23 kg lighter than its predecessor with Nissan claiming a 58 cm improvement in rear passenger legroom, an 11 cm uptake in rear headroom and a boot that can now accommodate 422-litres (+20%) of luggage with the rear seats up.

A big departure from the old Juke, the interior has been redesigned with the inclusion of the D-shaped multi-function steering wheel, three central circular air vents, a new instrument cluster binnacle and a new eight-inch touchscreen infotainment system with Apple CarPlay and Android Auto. 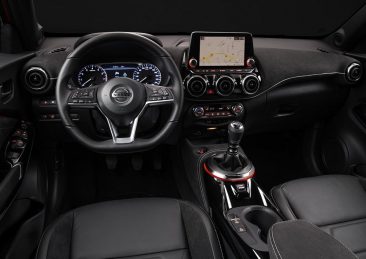 Initially, the Juke will only be offered with a single turbocharged petrol engine; the 1.0 DIG-T from the Micra that has been tuned to produce 86 kW with the option of a six-speed manual gearbox or a seven-speed dual-clutch. More options are likely to follow later. 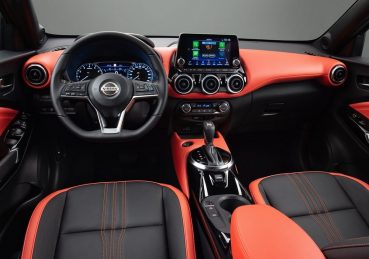 Despite the on-going concerns surrounding Brexit, production of the Juke will once take place at Nissan’s Sunderland Plant in the United Kingdom with delivers commencing in November, meaning sales are only likely to start in South Africa next year.