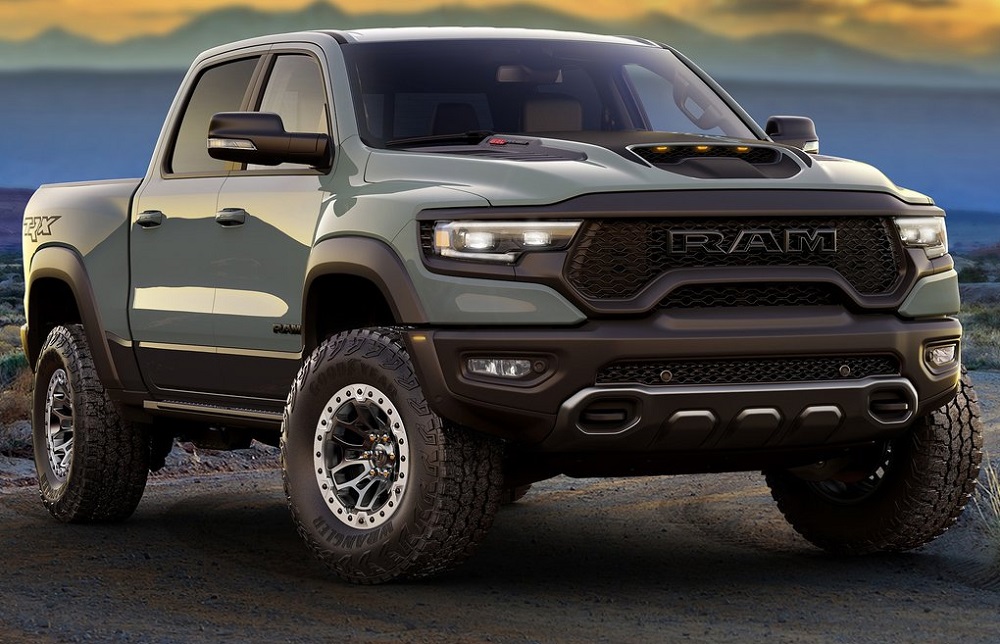 With Ford soon to take the covers off of the refreshed F-150 Raptor, arch rival Ram has finally, after nearly four years, unveiled the off-road focused TRX based on the bread-and-butter 1500 double cab derivative.

Initially touted as nothing more than a concept when the Fiat-Chrysler Automobiles (FCA) owned marque unveiled it at the Texas State Fare in 2016 still based on the previous generation model, the TRX is also officially the most powerful production pick-up ever made and according to Ram, the “apex predator of the truck world”.

Outwardly, the exterior changes are extensive with the most prominent being the 18-inch wheels wrapped in 35-inch Goodyear Wrangler Territory All-Terrain tyres and a width gain of 203 mm over the standard model. In addition to the wider wheel arches to accommodate the new tyres, the TRX’s front suspension has been moved forward by 20 mm, which has resulted in the overall wheelbase being 20 mm longer than that of its sibling. 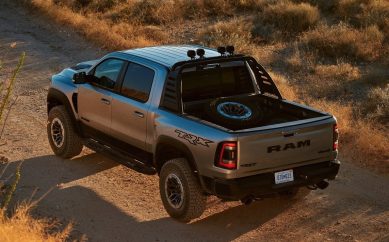 The front facia meanwhile has been overhauled to include the prominent R-A-M badge on the bespoke grille, an aluminium bonnet with a functional bonnet scoop, a unique front skidplate, a steel bumper with LED clearance lights and from the options list, full length rock sliders or powder coated aluminium running boards, body and bonnet graphics and a spare wheel located inside the loading area. Highlighting the rear is an outstretched R-A-M logo, larger than normal tow hooks and dual exhaust outlets measuring 127 mm.

Unsurprisingly, Ram has reserved most of the changes for underneath the TRX’s muscled-up body. Whereas the Raptor boasts Fox Racing supplied shocks, Ram has enlisted the help of Bilstein to supply the TRX with its Black Hawk e2 adaptive shocks with Dual Electronic Proportional Valves as well as adaptive damping.

On the other hand, the suspension itself is brand-new with the front utilising an independent design made out of lightweight aluminium while the rear features a five-link coilover with heavy duty Dana 60 axles that allows for an overall travel of 330 mm compared to the regular Ram 1500’s 229 mm. 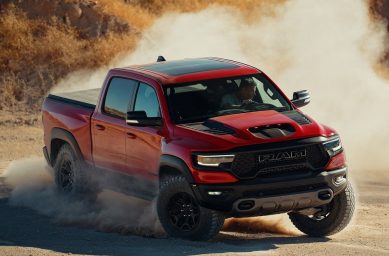 With the suspension, dampers, tyres and the 51 mm ride height increase added-up, the TRX’s boasts a ground clearance of 300 mm, approach and departure angles of 30.2 and 23.2 degrees, plus a breakover angle of 21.9 degrees. The claimed wading depth is 813 mm, payload 594 kg and towing capacity 3 674 kg.

What’s more, the TRX also comes with a new BorgWarner active transfer case, a four-wheel disc brake system made up of a two-piston monobloc caliper setup at the front and single at the rear, a revised electronic locking rear differential, a system known as Jump Detection which adjusts the shocks and dampers for when it is airborne, five conventional driving modes; Auto, Tow, Sport, Snow and Custom, three off-road modes; Mud/Sand, Rock and Baja, and revised electric power steering.

Inside, the interior comes with a choice of three trims; cloth and vinyl, leather and suede or leather and suede with red and carbon fibre inserts, an SRT flat-bottom steering wheel wrapped in leather with optional suede or carbon fibre inlays, alloy gear shift paddles, a cast metal gear lever wrapped in semi perforated leather in place of the dial selector used across the Ram range, and a new Heads-Up Display. 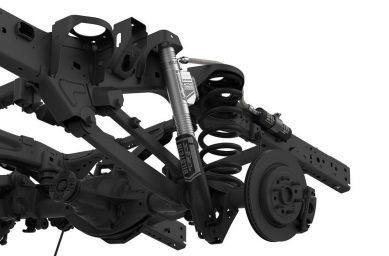 In terms of features, the TRX gets the twelve-inch UConnect infotainment system with so-called Off-Road Pages telemetry readouts, a seven-inch TFT instrument cluster with unique TRX graphics and readouts, a 19-speaker, 900-watt Harman Kardon sound system, an optional digital rear-view mirror and an array of safety and driver assistance system.

Familiarity resides underneath the bonnet where the TRX, in a clear swipe at the twin-turbocharged V6 Raptor, is powered by the 6.2-litre supercharged Hemi V8 used in the Dodge Charger SRT Hellcat and the Jeep Grand Cherokee Trackhawk. Uprated, but not by much, to 523kW/880Nm from 522kW/875Nm, the TRX will get from 0-60 mph (96 km/h) in 4.5 seconds and hit a limited top speed of 190 km/h.

The unit, which comes with a new induction and cooling system, is mated to an eight-speed TorqueFlight automatic gearbox with a Launch Control function starring. Like the Trackhawk, a Valet mode is included which locks out the paddle shifters, drive mode selector and first gear, limits the engine and torque outputs, permanently engages the electronic stability control, disables the launch control, limits the revs to 4 000 rpm and makes for earlier than usual upshifts. 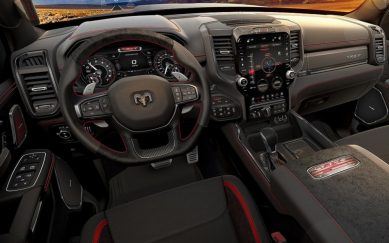 Available in a choice of seven colours; Bright White, Diamond Black Crystal, Billet Silver, Granite Crystal, Ignition Orange, Flame Red and Hydro Blue, the TRX will enter production at the Sterling Heights Plant in Michigan from the fourth quarter of this year carrying a sticker price $69 995 (R1 221 335). Sadly, while allegedly on course to debut in Australia, it, like the regular Ram, won’t be coming to South Africa.