First all-new SL in almost a decade will link-up with AMG GT and eschew the metal roof for a soft-top last used on the R129 in 2001. 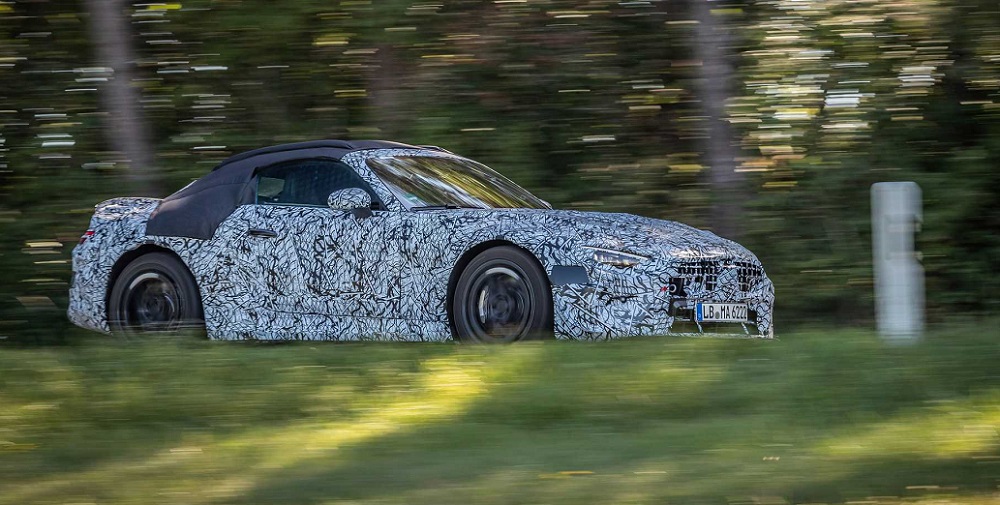 Mercedes-Benz has shared the first official images of the all-new SL that has reached the on-road testing phase in preparation for its highly awaited unveiling next year.

Unsurprisingly, the first all-new version of Stuttgart’s iconic roadster in eight years is not yet ready to let go of its heavy black-and-white disguise, however, certain styling are still prominent such as the Panamericana grille, intake on either side of the front bumper and just visible GT-style taillights. 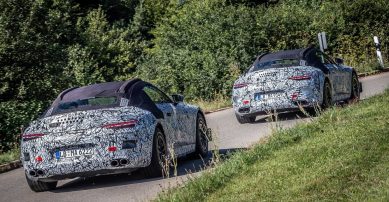 Appearing noticeably shorter than the current R230 SL, the newcomer, as evident by images, will revert back to a fabric roof last used on the R129, and ride on the same mostly aluminium MSA platform as the GT that will result in a significant weight drop. According to Britain’s Autocar, the link with the GT will go further than just the same platform, as both will be made at the Sindelfingen Plant in Germany and share various other components such as the suspension, axles and steering in order to reduce costs.

If a product presentation slide leaked back in March is to believed, the SL will have a choice of six engine, two being mild-hybrid units, and the option of rear-wheel-drive on only a single derivative as the rest will be equipped as standard with the 4Matic all-wheel-drive system. 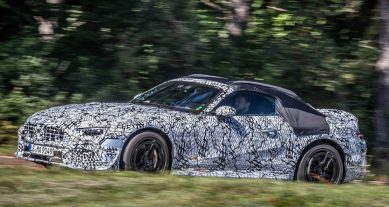 In spite of the long-serving bi-turbo 6.0-litre V12 no longer featuring, the biggest highlight is the return of the 73 moniker for the first time in 19 years, which will get one of the mentioned mild-hybrid powerunits in the form of the familiar 4.0-litre bi-turbo V8 whose electrical assistance will result in a reported out of 600 kW and close to or over 1 000 Nm.

Given the timing of the images, expect more to be released over the coming weeks and months depicting the SL’s gradual complete self-showing.