Expect subtle interior differences and a choice of bigger powerunits in the change from Vezel to HR-V. 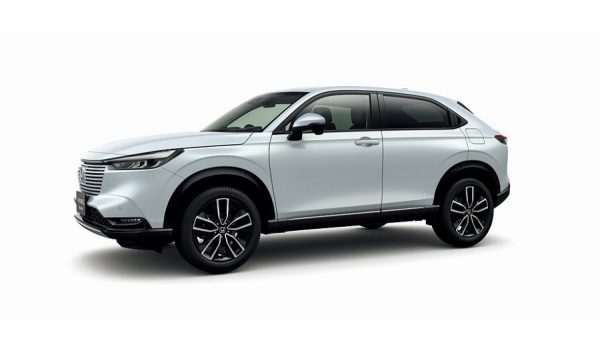 All-new Honda Vezel will become the HR-V for export markets, including South Africa

After a series of teaser images, headed by a number of spy sightings towards the end of last year, Honda officially unveiled the third generation HR-V overnight in Japan where the domestic model carries the Vezel designation.

Equally if not more dramatic to how the second generation differed from the first, the new third generation not only adopts a more distinct coupe-like appearance, but also a ‘forward’ design in the shape of a longer bonnet, a bluff grille, slim LED headlights and a rounded but stubby rear facia seemingly derived from the Porsche Macan. 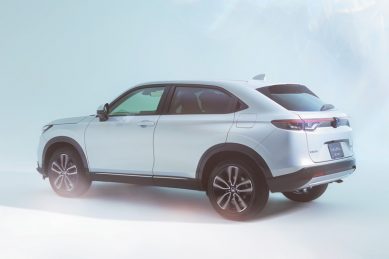 Boasting a similar silhouette, albeit enlarged, to that all-electric, retro-styled e, the Vezel measures 4 330 mm in overall length with a height of 1 605 mm and width of 1 770 mm. Aside from its new suite, the interior has been redesigned with not only the same steering wheel as the e, but also a drop-down like lower dashboard, a flat upper facia housing a full length air vent array, a new freestanding nine-inch touchscreen infotainment system, a low-UV glass panoramic sunroof and a new climate control panel with dials as opposed to touch sensitive buttons.

Up front, the Vezel follows the Jazz in being powered by a choice of two engines in Japan; a normally aspirated 1.5-litre petrol that pushes out 96kW/155Nm and the dual motor e:HEV hybrid combining the same engine with two electric motors for a combined output of 80kW/253Nm. A CVT is standard on both models with drive either going to the front or all four wheels.

Going on sale in April, the Vezel will be offered in four trim grades; the G reserved for the conventional petrol and three for the hybrid; X, Z and Play with the latter only being available with two-wheel-drive. For now, it remains to be seen how the HR-V will differ for exports markets, but expect this to mainly include some interior features as well as the choice of drivetrain.