It is back: Ford reintroduces Ranger FX4 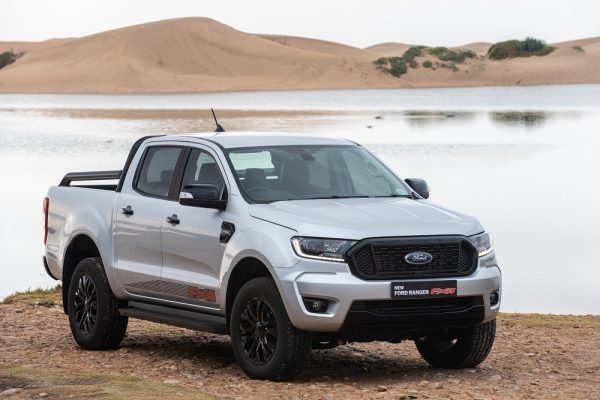 Ford has reintroduced the Ranger FX4 to South Africa after revealing the aesthetically enhanced version of the conventional XLT in Australia two years ago.

Once again positioned between the XLT and the Wildtrak, the FX4, like the pre-facelift model, rates as an appearance package instead of being the off-road designation it is on the North American Ranger and F-150, albeit with a different engine than before. 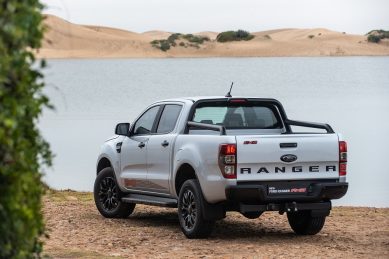 Up front, the double cab features a single-turbo 2.0-litre that produces 132kW/420Nm instead of 147kW/470Nm. It is mated to 10-speed automatic transmission that sends power to rear wheels as standard, or all four in the case of the four-wheel-drive model.

A limited edition like before despite the Blue Oval not revealing the exact amount, the FX4’s exterior revisions over the XLT consists of model specific multi-spoke black 18-inch alloy wheels, redesigned red FX4 decals on the tailgate and at the base of the doors, the same grille as the Thunder albeit without the red accents, standard LED headlights, black mirror caps, a binliner, the so-called Easy-lift tailgate, a black tubular sports bar and side steps. 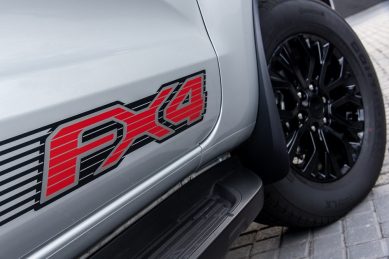 Inside, the SYNC 3 eight-inch touchscreen infotainment system with Apple CarPlay and Android Auto comes as standard, but does without satellite navigation as per the XLT. 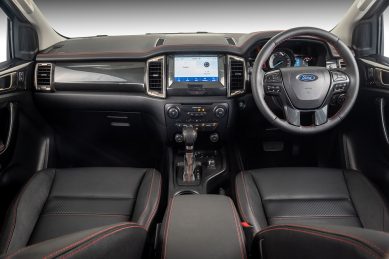 As indicated, the FX4’s biggest departure from its predecessor is a change in powerunit with the eschewing of the 3.2 TDCi five-cylinder for the single-turbo 2.0-litre that produces 132kW/420Nm. Hooked to the General Motors co-developed ten-speed automatic, drives is routed to the rear wheels as standard, or all four in the case of the four-wheel-drive model.

How much does the Ford Ranger FX4 cost?