In the middle of June, the petrol price was predicted to decrease however this has changed. 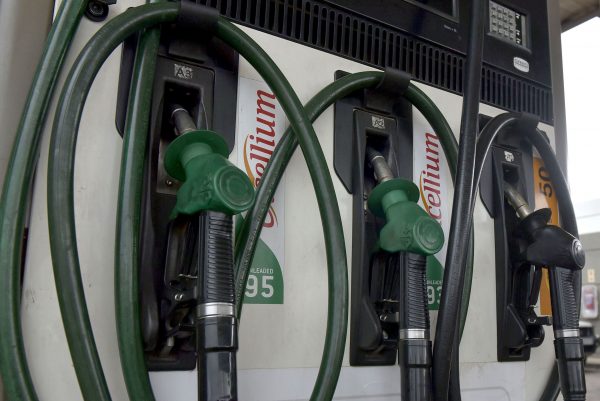 In the middle of June, the petrol price for July was predicted to decrease however this has changed, largely due to the Rand's performance. Picture: Neil McCartney

Motorists will need to further squeeze an extra pinch from their pockets as the fuel price is expected to increase early next month.

According to Central Energy Fund daily petrol increase information, unleaded 95 petrol predicted increase is 14 cents a litre, while unleaded 93 could rise by up to nearly 18 cents a litre. Diesel prices hike could be as high as 34 cents higher.

In the middle of this month, the petrol price was set to decrease for the month of July, even though it was a small amount, of six per cent.

ALSO READ: Small fuel price dip in July predicted but only for petrol

In the first unaudited data report released by the Central Energy Fund on 15 June, the Automobile Association (AA) said the stronger Rand was offsetting international oil price gains, but only for petrol, which is predicted to drop by six cents a litre.

The opposite resonates with diesel and illuminating paraffin, though, which are set to increase by 20 and 14 cents a litre respectively come 7 July.

At the time, AA said some of the sharp increases in prices of fuel this month, especially for diesel, come somewhat unexpectedly after the long decline in the basic fuel price throughout May.

They did forecast a change in the prediction, that could occur towards the end of this month if the national currency weakens against the improving oil price.

“Much as we hope for the current picture to continue, South Africa might well be looking at across-the-board fuel price increases for July.”

In June the fuel price did decrease, with a mixed outlook. The price of petrol declined by 11 cents a litre, while diesel and illuminating paraffin rose by 22 and 21 cents respectively after the original forecast stood at 20 and 25 cents.

Fuel price downer: More pain at the pumps in September
4 weeks ago
4 weeks ago

Petrol price for September: The forecast and what we know so far
1 month ago
1 month ago

Fuel price downer: More pain at the pumps in September
4 weeks ago
4 weeks ago

Petrol price for September: The forecast and what we know so far
1 month ago
1 month ago