For now, only a single engine has been confirmed, a 2.5-litre turbodiesel expected to produce 140kW. 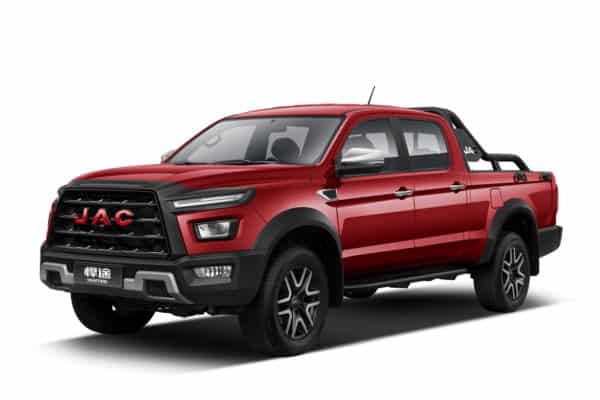 Unveiled last year, the T9 will sit above the T8 in JAC's product lineup.

On the back of fellow Chinese brand Chery announcing its return to South Africa this week, the local arm of JAC Motors has confirmed the introduction of its new flagship T9 bakkie later this year.

Set to be positioned above the T8, the T9 – known as the Shuailing T9 in China, the prefix meaning handsome – debuted at the Beijing Auto Show in September 2020 with a more aggressive adaptation of its lesser sibling’s front facia.

While powered by two turbodiesel engines in China, a 110 kW 2.0-litre and a 140 kW 2.5, only the latter has been confirmed for South Africa with both being paired to a six-speed manual gearbox. Two-and-four-wheel-drive drivetrains are expected to be offered.

“The South African market is an important right-hand-drive market for the company, which is evident in the latest technology products being available to the local market,” JAC Motors South Africa CEO Karl-Heinz Göbel said in response to not only announcing the T9, but also JAC’s sales results that increased by 16.1% during the first half of the year in China.