Back to six? Next BMW M5 tipped to get hybrid electric heart 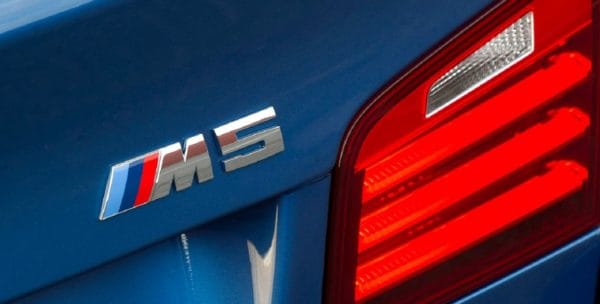 Next BMW M5 could potentially revert back to straight-six power with added electrical assistance.

With the current G30 generation BMW 5 Series soon to enter its fifth year of production, a report from the United Kingdom has shed more light on not only its successor, but also the all-new M5.

Reportedly on track to debut in mid-2023, Autocar reports that the new Five, set to be carry the G60 internal moniker, will ride on an evolution of the current CLAR platform, which will be adapted to better accommodate both internal combustion, hybrid, mild-hybrid and plug-in hybrid powerunits.

While poised to retain the current array of petrol and diesel engines ranging from to 2.0-litres and four-cylinders to 3.0-litres and six-cylinders, the stalwart 4.4-litre twin-turbo V8, which has been a Munich staple since 2008 and will power the incoming all-new Range Rover and Range Rover Sport as well as the rumoured Land Rover Defender SVR, faces an uncertain future with the looming Euro 7 emissions regulations posing the biggest threat.

According to the publication, the bent-eight could potentially give way to an electrified version of the mentioned 3.0-litre petrol, which could power not only the M550i but also the M5 as BMW has already ruled the likelihood of a fully electric M-car out before 2025.

Based on Autocar’s claims, the M5 could pair the twin-turbocharged straight-six with a 147 kW electric motor for a total system output of 559 kW, the same output rumoured for the forthcoming XM SUV, and 99 kW up on what the twin-blown V8 produces in the current M5 Competition.

For now, little else is known about the new 5 Series or indeed the M5, but expect more details and images in the form of leaks to emerge over the coming months leading up to 2023.