kWh is a unit of energy and in electric vehicles, it is used to measure the storage capacity of batteries, think of it as the size of your fuel tank in your electric vehicle. The bigger the number, the more energy the electric vehicle can store. A smaller battery will be quicker to charge but will offer less range. 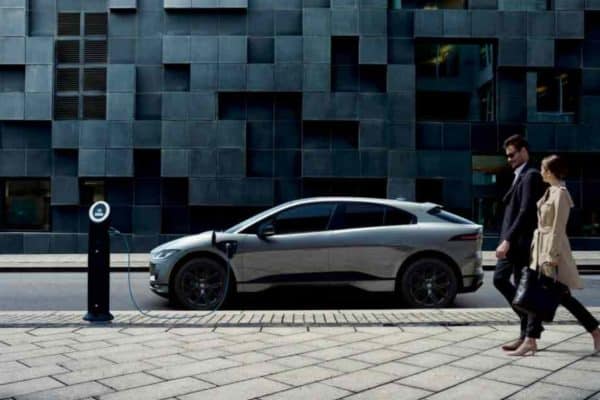 With the rising popularity of electric vehicles comes some confusing terminology. Understanding these 5 terms will have you sounding like an expert when the topic pops up around the braaivleis fire.

kWh is a unit of energy and in electric vehicles, it is used to measure the storage capacity of batteries, think of it as the size of your fuel tank in your electric vehicle.

The bigger the number, the more energy the electric vehicle can store. A smaller battery will be quicker to charge but will offer less range.

kWh/100km is a way of measuring average efficiency just as one does in internal combustion vehicles, with the term litres/100km. It is as simple as kilowatt-hours used per 100km of distance driven.

This formula is often displayed in the electric vehicle’s dashboard and depending on how you drive, the number will vary. The lower the number, the more efficiently you’re driving.

AC stands for Alternating Current and DC for Direct Current. AC chargers are the wall box type you’ll have in your garage and while they’re a bit slower to top up batteries, they’re generally smaller, cheaper, and more convenient than their heavy-duty counterparts.

DC chargers are often referred to as rapid chargers and look like traditional forecourt petrol pumps in appearance. DC chargers can be found in public spaces such as shopping malls and highway rest stops, where installation costs are more viable and electricity supply is stronger than what average households can offer. As an example, the Jaguar Powerway features a network of rapid chargers along frequently travelled inner-city routes in South Africa like the N1, N2 and N3 highways.

Charging rates or charging speeds determine how quickly the battery of an electric vehicle is charged as the batteries can accept varying rates of electricity flow.

The plug that your kettle is plugged into delivers approximately 2.3kW of energy and while you can charge your electric vehicle from this source, it will take a long time. Fortunately, vehicles like the I-Pace can accept a maximum charge rate of 100kW, which means much quicker charging times, but this is dependent on big expensive chargers mentioned previously. At this stage, most of the public chargers along the Jaguar Powerway can supply charge rates of up to 60kW.

While automakers are increasingly claiming incredibly impressive charging rates, it is difficult to reliably install chargers that can supply that much energy in the real world at the moment.

Electric motors, such as those fitted in electrical vehicles act like generators when run in reverse. Brake regeneration uses the inertia of a moving vehicle, like when coasting down a hill, to produce electricity and sends it back to the battery.

Most electric vehicles allow drivers to choose the level of brake regeneration applied while driving. At a low setting, the car will coast freely in a way similar to a regular car, but at a high setting there is a strong sense of deceleration when the throttle pedal is released and in such situations, it is actually possible to drive with minimal use of the brake pedal.