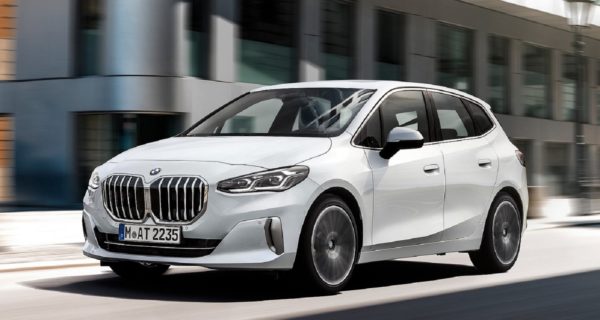 Active Tourer sports design traits from the X7 and 7 Series.

Quietly dropped from South Africa four years ago, a mere 24 months after being launched, BMW has taken the wraps off of the second generation 2 Series Active Tourer Europe and other select markets will be receiving from the end of this year.

Once again aimed at the Mercedes-Benz B-Class, the 2 Series Active Tourer completes the 2 Series range following the debut of the Gran Coupe in 2019 and the coupe three months ago. Unlike the latter though, it remains front-wheel-drive but swaps the UKL2 platform for the FAAR used by the former and the 1 Series.

Sporting a wider front and rear track, the Active Tourer is said to be lighter than before thanks to the use of aluminium, lightweight plastics and hot-stamped steel in its structure, though no actual figures were revealed.

In addition, BMW has also redesigned the suspension with most of the components now made out of aluminium, with the added option of the adaptive M suspension that drops the overall ride height by 15 mm, and M electric power steering.

Rating as the most radical departure from its predecessor, the Active Tourer adopts styling from not only the current 7 Series, but also the X7. As well as the inflated kidney grilles, it also boasts slimmer standard LED or optional Matrix LED headlights, new door handles, an X1 inspired rear facia, a new tailgate and alloy wheel sizes ranging from 16 to 19-inches.

In Europe, two exterior trim levels will be offered; Luxury Line and M Sport with buyers having a choice of nine colours, including a new hue called Sparkling Copper Grey Metallic.

Just as a big transformation as the exterior, the interior also differs from those of its sibling in that it sports the same curved design as the iX.

In what appears to be a nod to the i3, the centre console adopts a floating style armrest and a small toggle switch for the transmission as a means of improving space. Dual-zone climate control has been standard across the line-up along with an electric tailgate, six-speaker sound system, four type-C USB ports and auto on/off headlights.

Optional though is a heated steering wheel, panoramic glass sunroof, Heads-Up Display, ambient lighting and a twelve-speaker Harman Kardon sound system. Practically-wise, the Active Tourer offers up 470-litres of boot space that expands to 1 455-litres with the rear seats folded down.

Up front, Old Continent buyers will have an initial choice of four models, three petrol and one diesel, with two versions of the former featuring a 48-volt mild-hybrid system that adds an additional 14 kW for shorts bursts. No longer offered though is a manual gearbox with all variants coming standard with a seven-speed dual-clutch.

Starting the range off, the 218i derives motivation from the familiar 1.5-litre three-cylinder turbo with its outputs coming to 100kW/230Nm. The sole non-electrically assisted petrol model, its top speed is rated at 214 km/h with 0-100 km/h taking nine seconds.

Confirmed for unveiling in 2022 though are two plug-in hybrid models; the 225e and the 230e, both with the xDrive all-wheel-drive system, and powered by the 1.5-litre engine in addition to a rear axle mounted electric motor. Combined, the former has an output of 180 kW and the latter 240 kW with both having an all-electric range of 80 km.

As mentioned, the 2 Series Active Tourer will go on sale near the end of this year with pricing to be announced, but don’t expect it to return to South Africa to once again rival the B-Class.