New Tata Bolt is well worth the wait

Tata have been rather quite of late and so it was with great interest that I attended the launch of the new Tata Bolt a B-segment hatch or sedan. 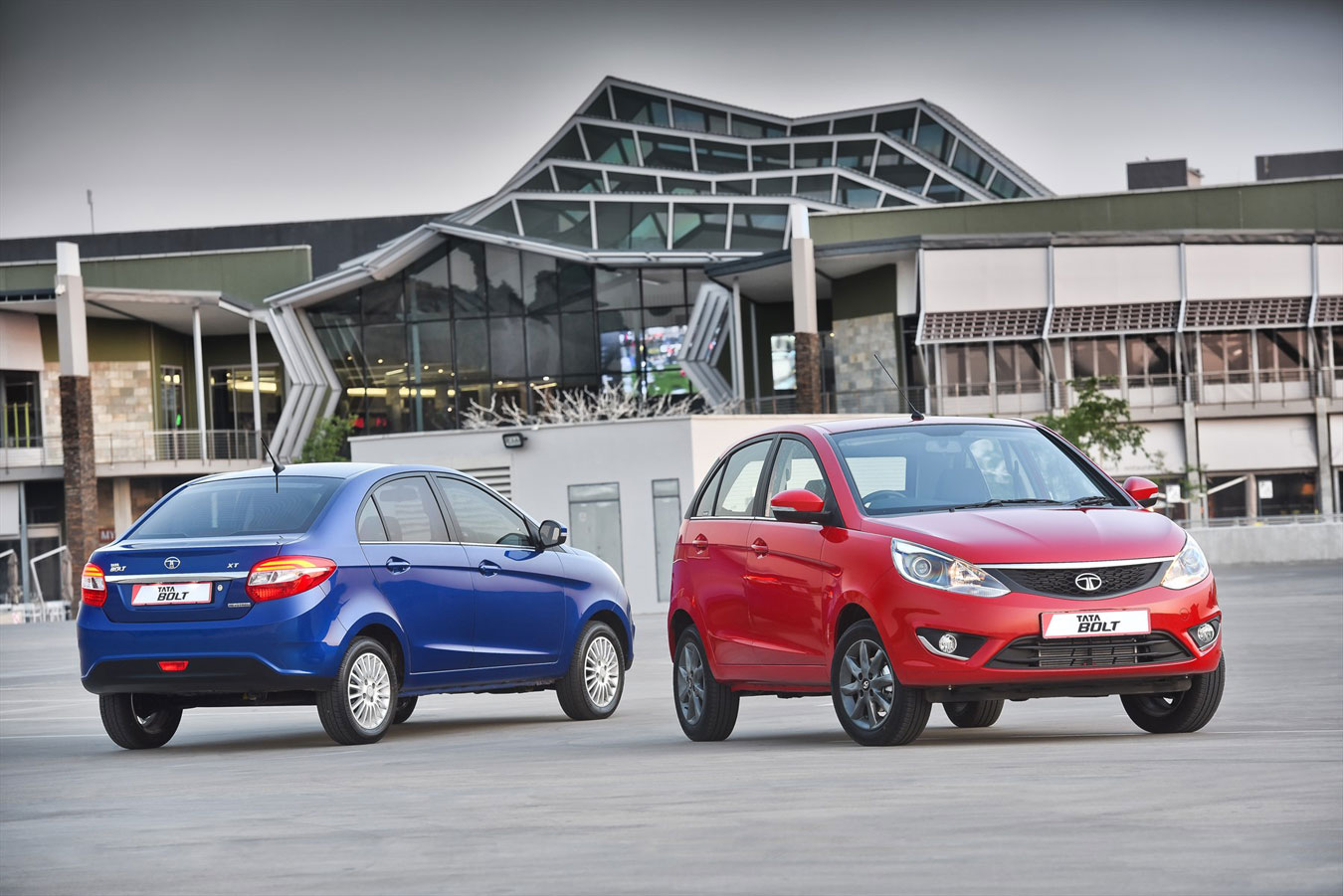 The Bolt quickly showed what they had being doing with their time. It is great leap forward by the Indian manufacturer bringing standards of fit finish at least equal to those of its Japanese rivals like the Honda Brio, Suzuki Swift and Toyota Etios. Ride and handling is also on par and the level of spec probably class-leading.

The features that stood out on the Bolt as being class leading were fuel consumption and the Harman infotainment system. The Tata Bolt hatch comes with a Revotron 1.2-litre Turbocharged MPFi petrol engine producing 66kW and 140Nm. This is mated to a 5-speed manual transmission. The launch drive included an approximately 60km “economy run” where I managed 4.1l/100km without impeding traffic and in airconditioned comfort. The Bolt has a multi-drive feature which allows the driver to switch between the default mode, an Eco mode and a City mode. I was obviously using the Eco mode and drove very gently, but 4.1l/100km is an extremely good real-world figure and one would have to be really late for work to go over 6l/100km at a guess. 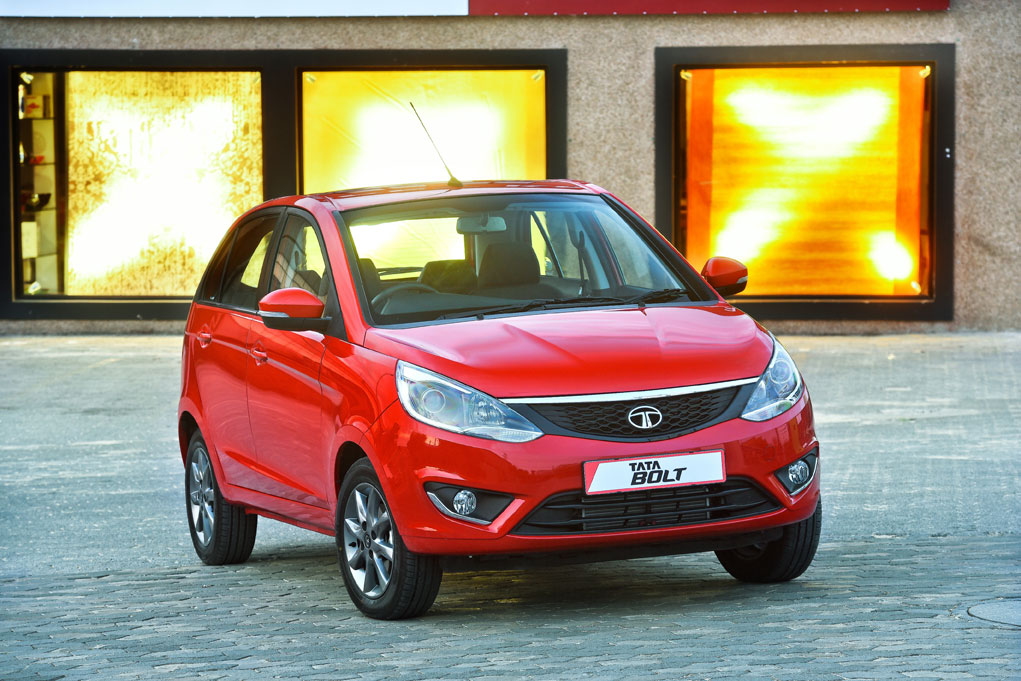 Tata are obviously very aware that buyers of relatively small, well-priced vehicles are tech savvy and insist on a multimedia experience. In conjunction with audio specialists Harman they have developed an advanced acoustic and infotainment system. that even includes voice control. There are steering wheel-mounted controls for the audio and phone facilities, while a centrally-located 5″ screen (touchscreen for XT variants) supports the multimedia experience with Bluetooth technology for smartphone integration. 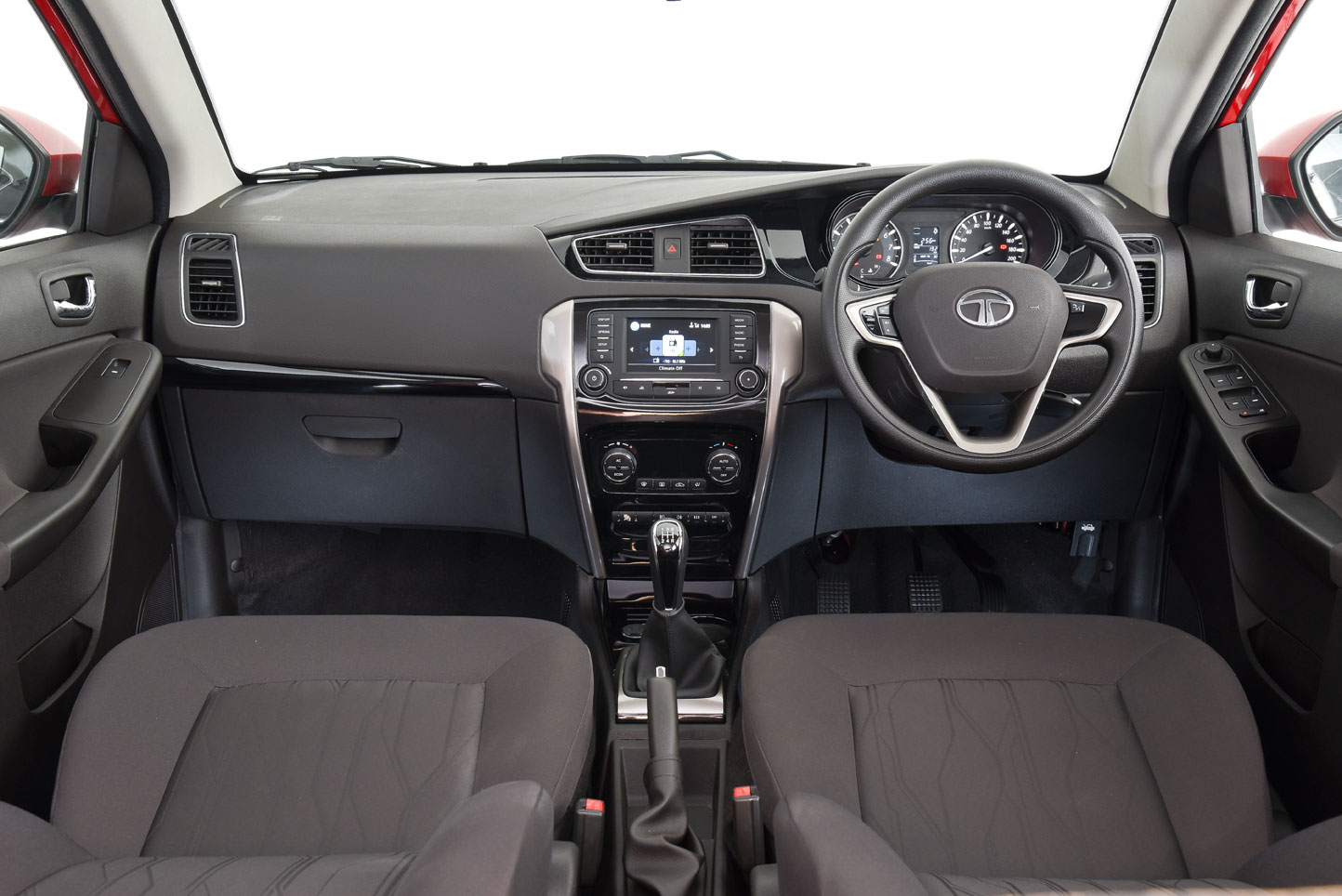 There is not a single aspect of the Bolt that does not mark a huge move forward for Tata and even the Bolt’s styling is on a par with its competitors. The dual-path suspension coupled with a zero pivot sub-frame ensures smooth and comfortable ride and handling was as good as any in this segment. the 9th generation ABS with EBD (Electronic Brake Distribution) from Bosch for improved braking efficiency, and Corner Stability Control mean that the Bolt has active safety features matching anything in the class. Added to that are twin front airbags for driver and passenger.

The fact that Tata has realized that their products need to improve substantially is born out by the group’s strategic plan which they have called Horizonext. Inside that buzzword are lots more and some marketing consultant must be relaxing on a private island in the Bahamas as a result. But the important message is that it is an acknowledgement by Tata that their past offerings were no longer good enough and that the ownership experience extends far beyond paying for and driving off in a car. To this end Tata have poured a huge amount into both before and aftersales in addition to the jump up in product quality and range. 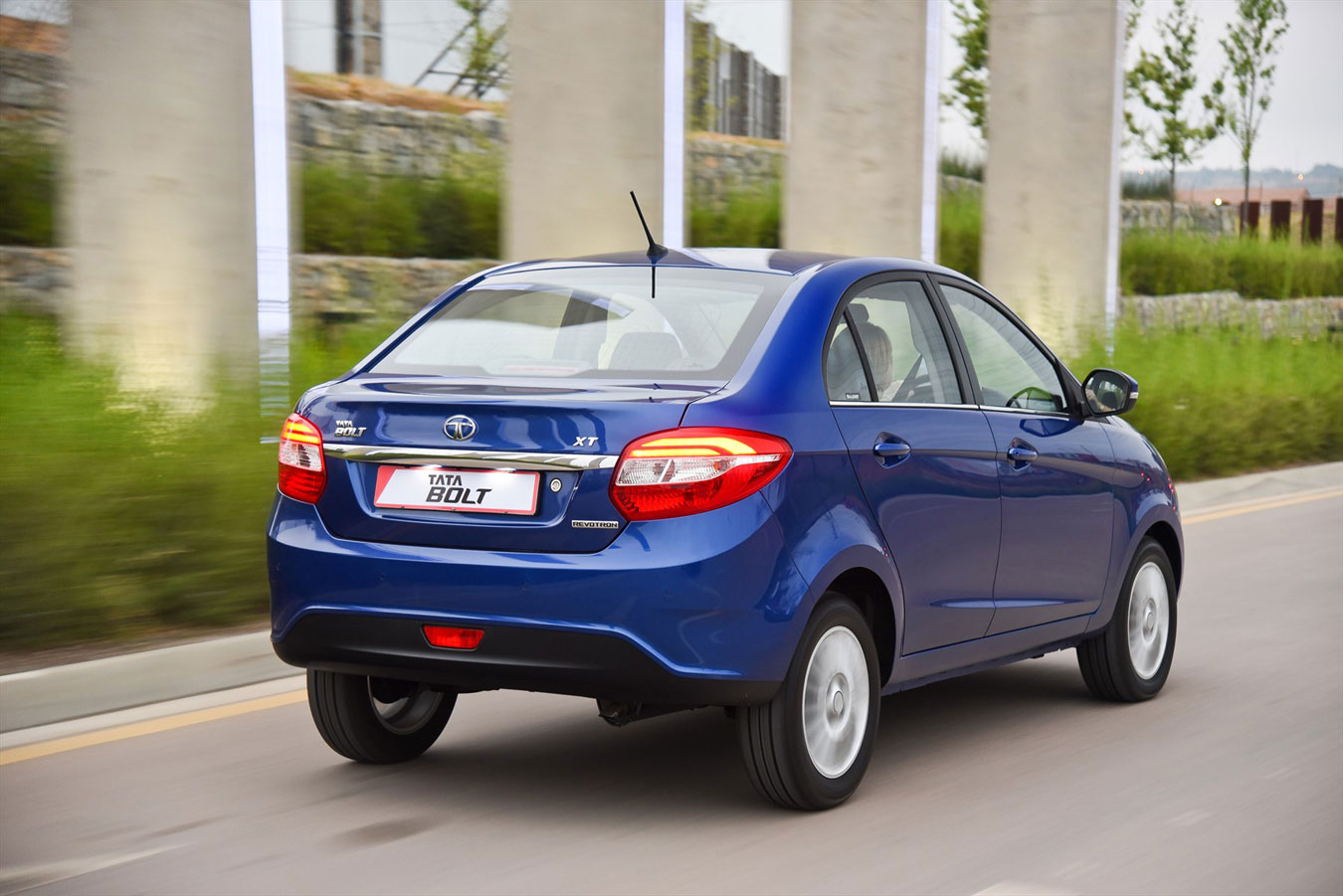 There is a wide spread of dealerships in Southern Africa, with 59 servicing facilities and 43 sales outlets. This includes five dedicated Tata dealerships owned by the Imperial Group, with the other dealers being part of the Imperial Group’s multi-franchise automotive representation. “We have done extensive soul-searching and listened to customer feedback to improve the after-sales operations at the dealers,” explained Kyri Michael, the CEO of Accordian Investments, the Imperial Group Company responsible for the Tata car and light commercial vehicle franchise in South Africa.

“We realise that a reliable parts supply is critical and have restructured and streamlined the logistics of our parts operation which is based at two warehouses, covering 3 000m2, in Meadowdale. Stockholding has been increased to more than R20-million and we have a first time pick rate of about 92% at present and aim to improve on that figure going forward.

“We have established a three-tier supply route for parts from Tata in India. The first tier is bulk shipments by sea, the second is regular airfreight supply and the third tier is for vehicles off road (VOR) which we can prioritise and aim to receive the parts in 48 hours. There are daily deliveries to all the dealers and those in Gauteng can collect parts more often if necessary. “Properly trained people are the key to an effective customer care programme and here we have contracted the Imperial Training and Technical Academy to ensure we have knowledgeable staff at our dealers and in the head office. We also have permanent technical representatives from Tata on assignment in South Africa to assist where and when necessary,” added Michael.

Horizonext strategy includes introducing two new models every two years for the next five years. The Bolt will be followed by a new, premium, mid-size SUV, the Hexa, which is the successor to the Aria. The Hexa will be fitted with the 2.2-litre Varicor turbo diesel engine linked to a six-speed automatic transmission.The next model in the pipeline will be the entry level Kite in both hatch and sedan derivatives which will go up against the Hyundai i10, Suzuki Celerio, Chevrolet Spark and Kia Picanto. The Kite will be launched next year.The fourth new model in the Tata range will be the Nexon compact cross-over which will compete against vehicles such as the Ford Ecosport and Renault Captur. The Nexon will use the Bolt platform. Tata were in dire need of modern, new vehicles and the Bolt has what is required to anchor brand’s revival. The Tata Bolt comes with a 5-year/100 000km factory warranty, 2-year/30 000km service plan and 5-year roadside assistance with the option of extending the period of the service plan.