He starts the year winning his second Rolex Daytona 24- hour race as an owner. 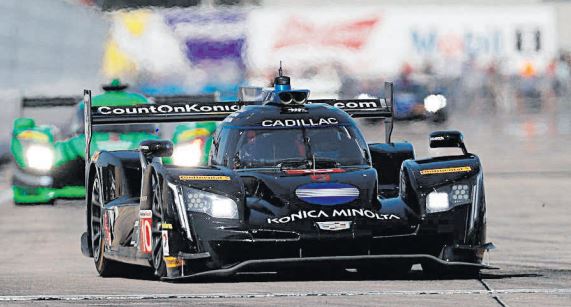 East London-born Wayne Taylor, who won the 1986 South African Formula 2 championship, before leaving in 1989 to seek fame and fortune racing internationally, has been inducted into the South African Hall of Fame at Sun City.

Taylor, 62, has won many major sports car races globally, apart from competing 13 times in the Le Mans 24-hour race. His best overall placing was fourth in 1987, sharing a Porsche 962 with South Africa’s George Fouche and Franz Konrad, of Austria.

He is now a successful team owner in US sports car racing. That makes him the most successful South African in international motor racing if you discount Formula 1, where Jody Scheckter was world champion in 1979.

24 Hours of iLamuna: More than just another motor race
1 hour ago
1 hour ago
PREMIUM!

24 Hours of iLamuna: More than just another motor race
1 hour ago
1 hour ago
PREMIUM!