Team Castrol Toyota crew Anthony Taylor and Dennis Murphy wrapped up the national Production Vehicle championship when they finished fourth on the Ford Dealer 400, the penultimate round of the Donaldson Cross-Country Championship, in Thaba 'Nchu on Saturday. 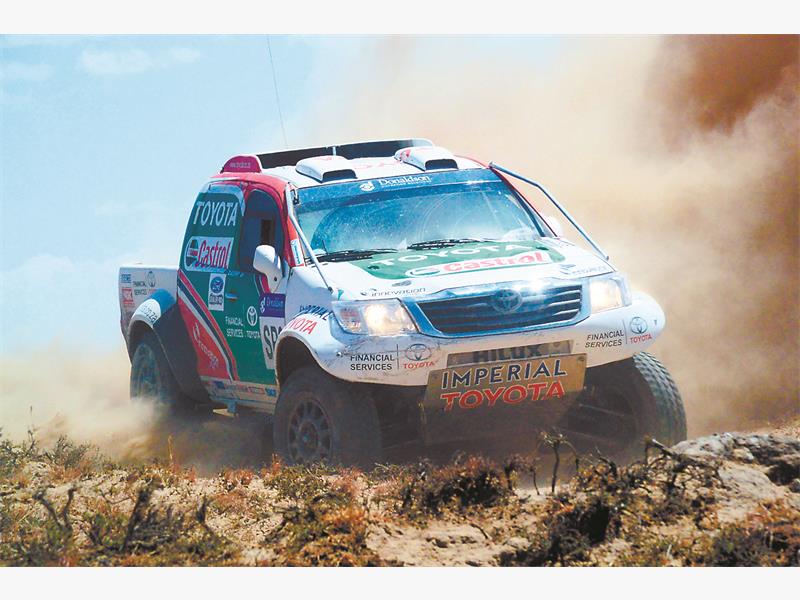 Taylor and Murphy, in the se-cond Castrol Toyota factory entry, were fourth, but started the day with a 20 point lead over Visser/Badenhorst and did enough to avoid a tense shoot-out on the final event of the season.

“Dennis and I have worked well together, the car has been great and the back-up from the crew has been the best,” said Taylor.

Taylor and Murphy started the race alongside the Atlas Copco Toyota crew of Sarel van Biljon and Philip Herselman, and two seconds ahead of Visser and Badenhorst.

A puncture and a brake pipe problem slowed the Castrol Toyota pair on the first of the two 170-km loops that made up the race.

That dropped them to sixth, but they recovered to finish fourth and regardless of what happens at the final race of the season they can’t be caught.

The pair also almost bumped Woolridge and Huxtable off the podium with the final gap between the cars just two seconds.

For Visser and Badenhorst who have been models of consistency with seven podium finishes this season, it was a case of a bridge too far.

For the second year in a row they were looking to take the championship into the final round.

Dakar quad star Van Biljon and Herselman produced their best result with a top five finish and were followed home by North West crew Malcolm Kock and Johan Burger in the Kock and Sons Toyota Hilux.

For the Horns it was their third win in a row, and puts a little pressure on Venter and van Allemann going into the final round.

With Dirk Putter and Koos Claasens already having clinched back to back Class E championships the pair gave this race a miss.