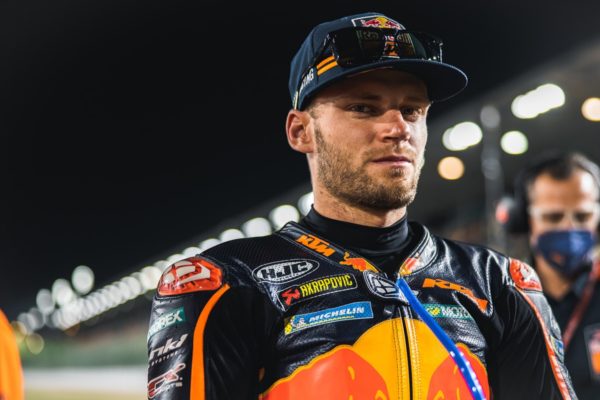 Brad Binder has taken Red Bull KTM’s pedestrian start to the MotoGP season on the chin and has vowed to come back stronger.

“It’s good to have the first race of the season under our belts but we didn’t finish close to where we wanted,” admitted Binder.

“For sure the whole team and I expected much more. We have to accept reality and there is work to be done at this circuit,” he said in reference to the Losail International Circuit that will also host the Tissot Grand Prix of Doha over Easter weekend.

“In the first part of the race I thought we could be competitive but at half race distance I completely finished my front tire. It was a case of either bring the bike home safely at the pace I was doing or lose the front. It was difficult but now we have data from the first race and we can move on from here.”

Mike Leitner, Red Bull KTM Race Manager, praised Binder and Oliveira for earning the team some points in the first of the season’s 19 races.

“Miguel and Brad did well to bring the bike back and score points. We knew it would be a tough season-start for us here,” said Leitner. “It’s not a disaster – we are 11 seconds behind the winner – but this category is very close and we have to find these seconds. We have to step up now and help the boys to be faster.”

Brad’s younger brother Darryn, who switched to Petronas Sprinta Racing this year, started the season on a high note in Doha by finishing the Moto3 race in third place. It was only the third time the younger Binder has stood on the podium since making his debut in 2015.