VIDEO: Water meter theft on the rise in Westdene

Two men are seen are seen forcibly removing a water meter from a residence, leading to water wastage. 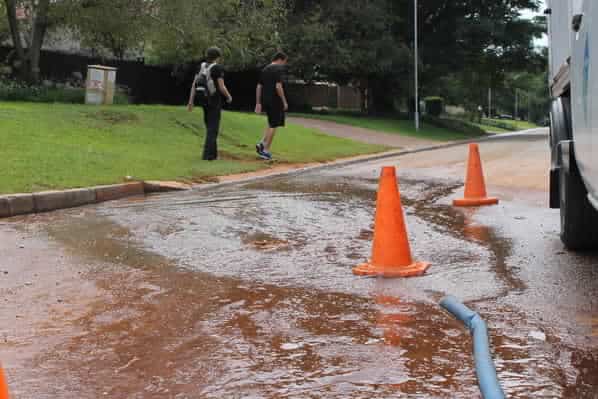 Residents are asked to extra vigilant as water meter theft is on the rise in Westdene. Photo:File.

Westdene residents in Johannesburg have been warned to be extra vigilant as water meter theft is on the rise.

Councillor and MMC for public safety in the City of Johannesburg Michael Sun took to Twitter to post a video of two men forcibly removing a water meter from a residence.

He warned residents of Westdene about the increase of these thefts.

Watch out for water metre thieves in the Westdene area in Joburg (footage courtesy of unknown source) pic.twitter.com/IvHpQJNtrI

Ward 69 councillor Genevieve Sherman said water meter theft seemed to be a seasonal occurrence, adding that last year there were incidents of theft that seem to have flared up again recently, Northcliff Melville Times reported.

“This problem is also faced by residents in the Parkhurst area.”

Though she did not know why thieves would take to stealing water meters, she suspected they might be stolen for a specific part.

“Residents just need to be vigilant. These incidents seem to take place either during the day, when they think no one’s home or late at night when everyone is sleeping.”

Sherman said residents in Westdene use CCTV footage of water meter theft to report the matter to her. She would then let Rand Water know so that they could attend to the issue immediately.

“The big problem here is the amount of water wastage that comes from this. This is why it is important to report the matter immediately.”