ANC's Kodwa says the DA lacks the political will 'to rid the party of racism'. 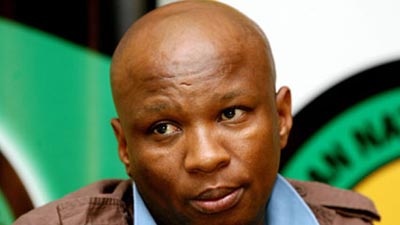 The ANC has accused the DA of defending “white supremacy” by allowing Helen Zille to retain her position as Western Cape premier.

The governing party believes Zille got off too lightly for her controversial colonialism tweets that threatened to tear the DA apart.

Zille and DA leaders struck a deal that will see her ejected from all party political structures, yet continue as premier.

She was facing a potentially devastating disciplinary hearing that was set for the end of this month.

Zille found herself in hot water when she was charged and suspended for misconduct after posting a tweet in which she argued that certain aspects of colonialism were good.

The former DA leader was eventually forced to make an unconditional apology, which allowed her to sustain her grip on government in the Western Cape, where the DA enjoys a majority.

The ANC’s Zizi Kodwa accused the DA of perpetuating a pattern to protect its leaders who are found guilty of sowing racial divisions.

He also said the party lacked the political will “to rid the party of racism because the party itself is founded on racism and the protection of white privilege”.

“Zille is guilty by all accounts of blatant racism. She has proven herself time and time again to be anti-poor, with disturbing views on the black and poor people of this country. She is not fit to remain the premier of the Western Cape,” Kodwa said.

Zille apologised yesterday for the tweet, saying: “I realise the wounds of history that my tweet and subsequent defence of it has opened. In particular, I recognise that my actions were insensitive to South Africans who suffered under colonial oppression. For this, I am genuinely sorry.”

DA leader Mmusi Maimanesaid the decision to remove Zille from the party’s political structures was a tough one, given her contribution to the party.

“The alternative was to become embroiled in a protracted legal battle in the lead-up to the 2019 election.

“I have no doubt that this would have done further damage to the project we have embarked upon, to the detriment of every South African committed to nonracialism and constitutionalism,” said Maimane.

He said Zille would be kept on a tight leash and that all political commentary she wishes to make in future would have to be signed off by the party.