Police arrived at the scene and shot two of the armed robbers. 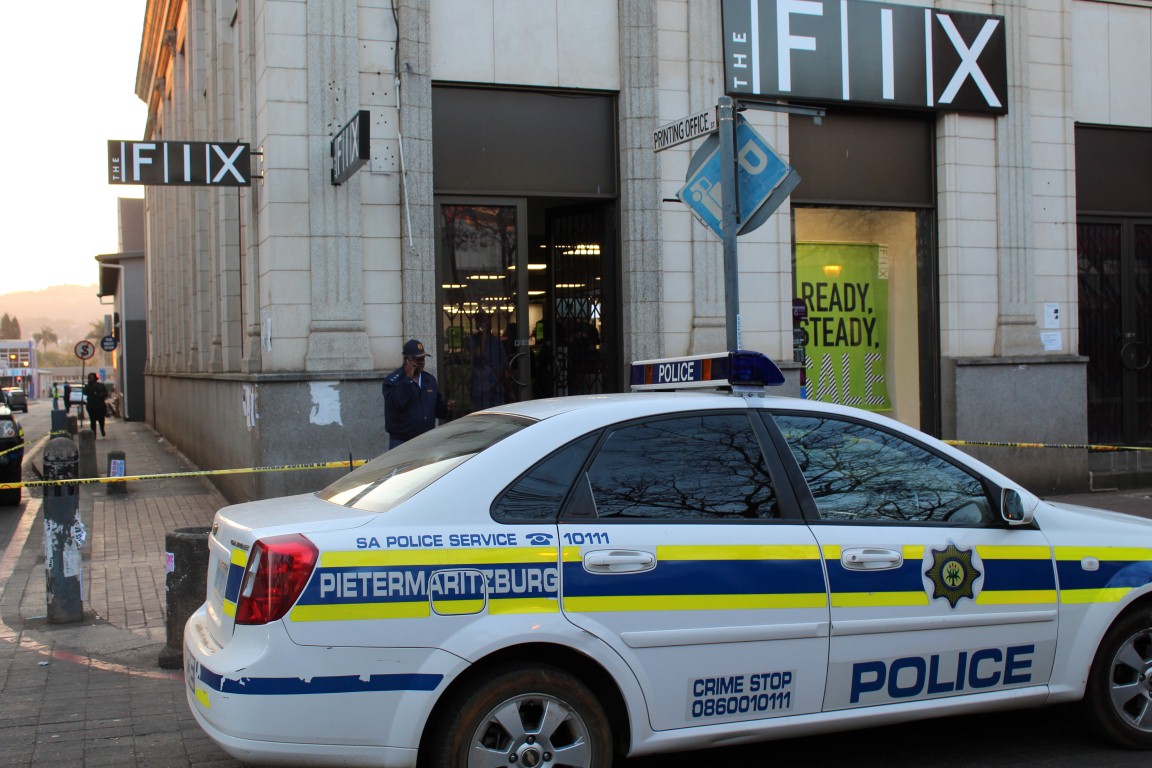 Three suspects allegedly entered the clothing store as customers, held up the staff at gunpoint and then broke the cash register and cellphone display cupboard, Maritzburg Sun reports.

The FIX clothing store is situated at the corner of Church and Printing Office street in Pietermaritzburg, in KwaZulu-Natal.

A staff member is said to have pressed the panic button alerting law enforcement.

Police arrived on the scene and promptly barricaded all exit points of the store. Gunshots were fired by the robbers. Police retaliated with several shots, shooting two of the robbers in the leg, while one managed to escape.

Bystanders on the scene said everything happened quickly and were alarmed by sirens and gunshots. “We heard screams, and knew that something life-threatening was happening,” said one of the bystanders.

Police spokesperson Mthokozisi Ngobese confirmed the two robbers had been taken into custody with investigations of armed robbery and attempted murder.

“It was a successful arrest as nothing was taken from the shop, police managed to stop the robbers. A case docket of armed robbery and attempted murder is being investigated as shots were fired at police,” said Ngobese.