About R7k has been raised for any information that may lead to the arrest of the man seen in the video. 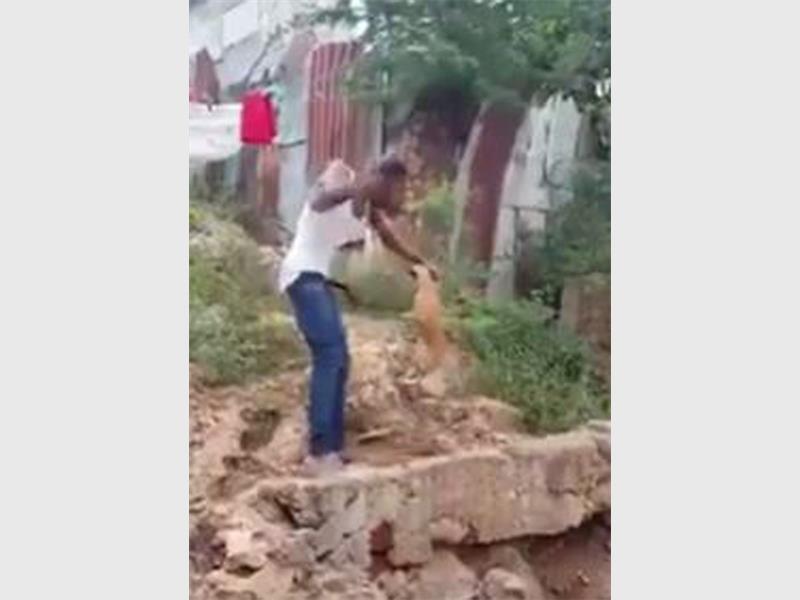 A huge reward is offered for any information on the culprit.

A cash reward has been raised to find the culprit responsible for beating a dog in a video that surfaced two weeks ago, Alberton Record reports.

The reward was raised to R7 000 being offered for any information that may lead to the arrest of the man seen in the video. He brutally beats a mixed-terrier dog.

According to Soweto Animal Rescue’s Jerry Selwane, members of the public contributed to raising the award from R5 000. This money will be used to bring justice to the man in the video.

He said there were some leads, however, more accurate information was needed.

The video surfaced two weeks ago and immediately got the attention of the Soweto Animal Rescue and Advisory Centre.

The centre, which has spearheaded a hunt for the brutal dog abuser, has asked the public to contact them anonymously on 084 911 9459.

The video, which is brutally graphic, shows a man holding a cross-terrier with his left hand and beating it with his right. The man numerously strikes the terrier such that its yelps can be heard for miles.

After beating the dog, the man throws it to the ground, and it lands on its back in a heart tearing yelp and somehow gets on its feet and escaped.

Anyone with information on the footage can contact Selwane on Facebook at Soweto Animal Rescue and Advisory Centre or reach him on 084 911 9459.