Bales containing dagga were found hidden among the cargo. 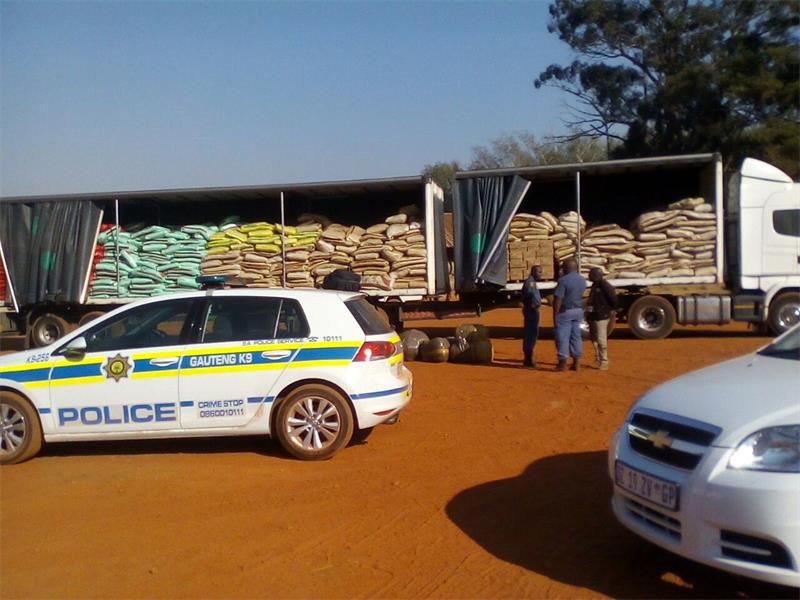 The truck that transported dagga hidden among its cargo. Photo: Randfontein Police.

Police have arrested a 47-year-old man in possession of dagga worth approximately R3 million on Randfontein on Thursday morning.

The dagga weighs approximately 300kg. The quality of the dagga could, however, have a impact on its value, Randfontein Herald reported.

“We received information regarding a driver of a transport company possibly transporting dagga. The truck was spotted in the Randfontein area and was followed,” said Captain Appel Ernst, Randfontein Police spokesperson.

After the vehicle was stopped, members of the West Rand Trio Task team and K9 Unit in cooperation with Randfontein Detectives conducted a search.

“Bales containing dagga were found hidden among the cargo. The driver was arrested and the dagga seized,” Ernst added.

Brigadier Manamela, the Randfontein Police station commande,r was on the scene and he expressed his satisfaction with this success.

“This is surely a blow to the drug dealers. It is a good arrest and the community is applauded for sharing information,” Manamela said.