Mzwandile Masina confident Jacob Zuma will not be recalled

Masina says those who supported Nkosazana Dlamini-Zuma's campaign to become the head of the party have resolved to work with Cyril Ramaphosa. 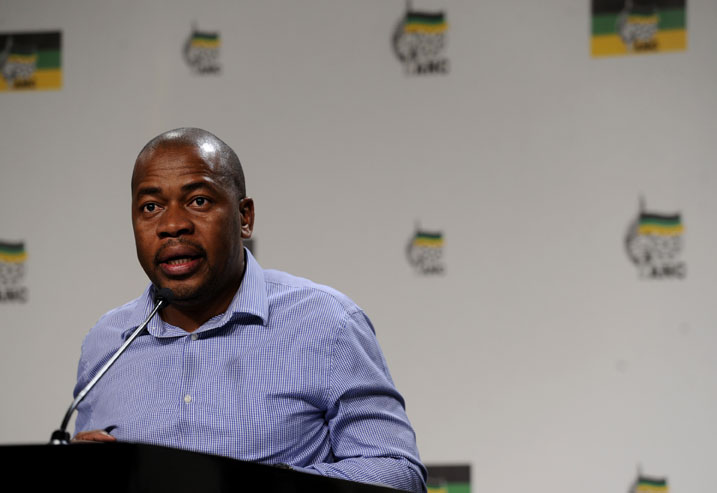 ANC Youth League national convener Mzwandile Masina fields questions at a news conference in Johannesburg, Wednesday, 20 August 2014. The league's elective conference would be held from September 24 to 28 in Gauteng. The national task team (NTT) was put in place last year after the ANC disbanded the ANCYL's leadership. Masina said the majority of the league's structures had been reconstituted since then.Picture: Werner Beukes/SAPA

There had been concern in some quarters that the ANC will have to revisit its infamous post-Polokwane conference decision to stem the tide of two centres of power by removing Thabo Mbeki as head of state a few months after he lost his bid to retain the ANC’s top position.

“There are many speculations, and they find their way to the media. We have been in commissions, and we will be receiving reports. We must learn from our mistake, the recall of Mbeki was a big mistake,” he said.

Masina said any delegate who felt strongly that Zuma should stop occupying his position as the number one citizen was free to propose to the conference that the matter be discussed.

Masina said those who supported Nkosazana Dlamini-Zuma’s campaign to become the head of the party have resolved to work with Cyril Ramaphosa.

“We will respect and work with him going forward. I have spoken to NDZ, and we will work together. Branches are saying, let us unite. The ANC must focus on its internal problems,” he said.

He also dismissed rumours that there was a push back against Ace Magashule’s victory as the secretary-general of the organisation, insisting: “We were told that there is a dispute with the SG, that has never happened.”

On the question of whether the public could expect his resignation, Masina said the journalist who wrote the story about his threat to resign if Ramaphosa ascended to the highest office was misunderstood.

“I was making a joke. I issued a statement clarifying what I was saying. I guess it’s a matter of interpretation,” he added.