An ‘overboiling’ Mahlangu doesn’t agree with the health ombudsman report

Moseneke advised Mahlangu to stop being evasive, 'overboiling' and to reduce her emotions and answer questions directly. Two bodyguards stand guard to former Gauteng Health MEC Qedani Mahlangu as she consults her legal team during the first day of her representations to the Life Esidimeni Arbitration in Parktown, 22 January 2018. Image: Refilwe Modise

In contrast to her evidence-in-chief when she was amenable to questions from counsel and chairperson Dikgang Moseneke, Qedani Mahlangu returned to the witness stand after lunch in a combative mood.

Adv Adila Hassim from Section 27 and on behalf of the families of the deceased families wanted to know from Mahlangu whether she accepted findings of the health ombudsman Prof Malegapuru Makgoba, released on January 1, 2017.

This gesture was tossed aside by Hassim, who pleaded with Mahlangu to answer whether she accepted the report.

A timid debate ensued between Hassim and Mahlangu, with Mahlangu being told she has not answered the question. She then told the hearing she noted of the report, a situation that resulted in Moseneke’s intervention.

Mahlangu had based most of her responses on the Public Finance Management Act (PFMA), stating “my responsibilities are defined in law”. Pressed to give a simple yes or no, Mahlangu said she didn’t agree with the findings of the ombudsman.

READ MORE: My senior team misled me, says Mahlangu as she washes her hands of Esidimeni

She dismissed findings of the ombudsman on the issue of negligence and culpability as contained in the report.

“I do not agree with the findings where it relates to me personally and in my capacity as an MEC. I didn’t challenge the report, as I thought my resignation will show I am taking responsibility,” she said.

She was then reminded the findings further stipulated “the decision was irrational and against fundamental principles of healthcare”, and asked if she agreed if this amounted to “negligence on Dr Selebano, Dr Manamela and yourself”.

‘The constitution doesn’t say if there is a finding against me, I should accept it if I disagree.’

“I don’t agree with the ombudsman when he has a finding that I have been negligent. I am not an administrator, and I was not an official. It cannot be said the same responsibility that Dr Manamela had and my role were the same. The law differentiates between my role and that of an accounting officer. The constitution doesn’t say if there is a finding against me, I should accept it if I disagree,” she said, much to Moseneke’s consternation.

“Say yes or no to the proposition, and give your explanation. This is a public inquiry, and we need to make progress,” Moseneke advised.

Mahlangu maintained the contradiction contained in her resignation letter, where she stated “whereas the health ombudsman has not found any culpability on my part”, and again argued Makgoba never found her “negligent and irrational”.

Mahlangu was also asked to explain what she meant when she said she was taking “political responsibility”.

Mahlangu further denied she was offered a golden handshake, and said the government was not paying for her studies. On her whereabouts a few months ago, which got the country talking at the time, she said those close to her knew where she was.

When she ran circles around Hassim, Moseneke stepped in.

“The answer could be I was studying. I am saying to the witness ungabili, don’t boil and overboil. You are not under fire, you are not under attack. We want to know what happened, reduce your emotions please,” Moseneke said.

The hearings continue on Wednesday.

Qedani Mahlangu apologises for Esidimeni tragedy as grilling gets under way 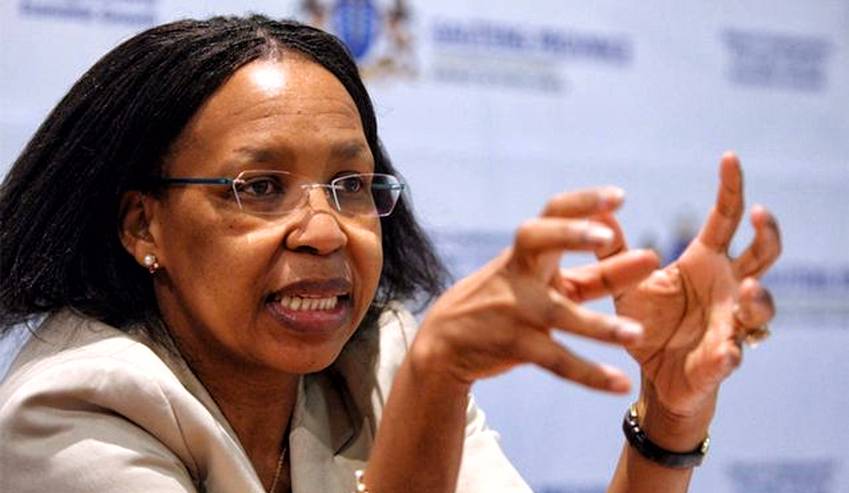