The mother and her husband have denied guilt to charges relating to child abuse and neglect; attempted murder of their 11-year-old son; drug dealing and possession; and failing to send the older children to school. 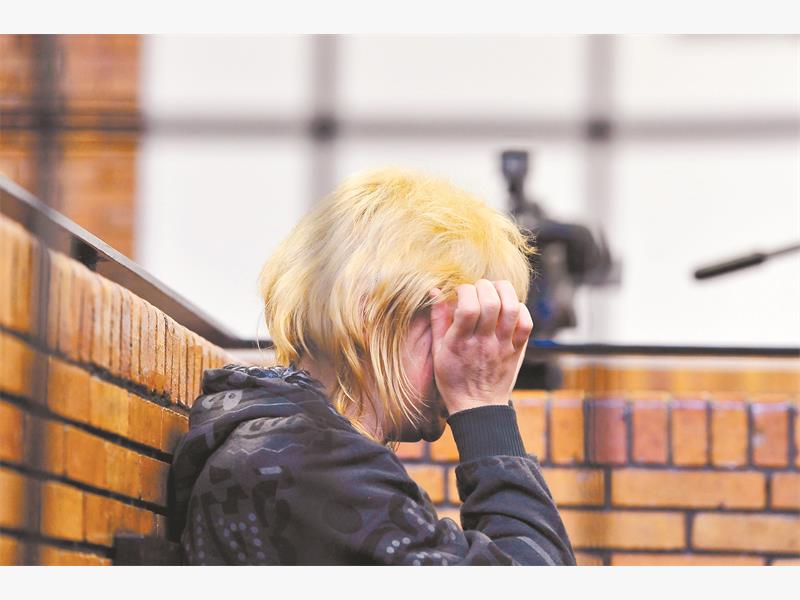 The Springs “House of Horrors” trial could yet again not proceed yesterday because a psychological report about the mother was not ready.

Judge Eben Jordaan postponed the trial to next Monday, but warned that if a report was not ready by then, the responsible official at Legal Aid SA would have to explain.

The trial was also postponed in October last year so that a psychologist could be appointed for the mother.

The mother and her husband have denied guilt to a range of charges relating to child abuse and neglect; attempted murder of their 11-year-old son; drug dealing and possession; and failing to send the older children to school.

This despite evidence presented of the severe torture the two eldest children had to endure; the filthy state of their house; and the children having had to survive on junk food as the mother almost never cooked.

The mother testified that her husband had forced her to dress like a prostitute and to perform sexual acts with prostitutes in front of him.

She said she was also assaulted when she tried to stop him from abusing the children.

Criminologist Dr Pixie du Toit described the mother as a victim of her husband who had symptoms of Stockholm syndrome and had no will of her own.

She said the mother showed signs of depression, post traumatic stress and anxiety; and the father – whom she never interviewed – had an antisocial personality type.

He said she had acted unethically by engaging in activities which constituted a criminal offence – by performing tests which only a registered psychologist could legally perform; making diagnoses she was not qualified to make; and jumping to conclusions.

Labuschagne testified that he had seen countless shacks he would live in, but was shocked by the filth in the double-storey house.

Rats were running around in the lounge while he was interviewing the mother, and there were filthy pots in the kitchen and a rat stuck in a chutney bottle.

Mom knew nothing of abuse in Springs ‘house of horrors’, court hears