E3 2014 may have come and gone, but some of the important bobs of information remain from the show and are still being discovered. 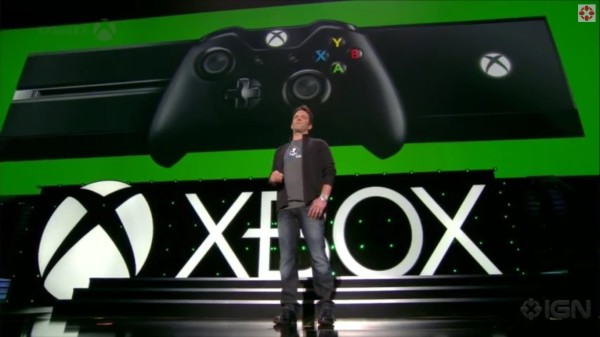 Like this comment by Microsoft’s new head of Xbox, Phil Spencer (above). Spencer is responsible for all things Xbox at the company and also has a responsibility for Microsoft’s gaming brand that also appears on Windows 8/8.1 computers thanks to the Xbox app and Smartglass. E3 is a expo for gamers and this year that was a much more notable de-emphasis on the PC platform.

Polygon caught up with Spencer and he noted that E3 wasn’t the stage for the PC.

When asked why there wasn’t anything for the PC platform at the year’s biggest gaming expo in the United States, Spencer replied that although the PC platform had huge amounts of gamers dedicated to certain franchises, the E3 showroom floor was not the place to talk about the platform or Microsoft’s ideas for the future of a market which they currently dominate thanks to the Windows operating system.

“E3′s a retail show,” said Spencer to Polygon. “It’s a retail show, it’s a console show, so it didn’t really feel like the right place for us to talk about Windows, but Windows and gaming on Windows is critical to Microsoft’s success.”

“For us, E3 is a console show and an Xbox show, and for us as Microsoft, Xbox is our gaming brand, and it’s the thing we can fill an arena like this [with]. We get millions of people to watch us on TV and we show our games and it’s a brand that people care about.”

To his credit, Spencer isn’t wrong. E3 started up in 1995 and was primarily a console-focused event, with appearances by Sega, Nintendo and Sony as well as game publishers and developers. Being a media-focused event even at the beginning, the public wasn’t allowed to attend and the show remains today an expo by industry players for other industry players.

Still, it would be nice to see the PC getting some exposure. After all, it is way more flexible than any of the other gaming platforms out there and the experiences you can get thanks to the better hardware and more insane monitor setups makes single-screen, couch-bound gaming seem a little boring. And you get those utterly wallet-destroying Steam Sales as well.

But I guess the thing that most people wanted to see was proof of Microsoft’s “renewed commitment to gamers on the PC platform.” I’ve yet to see exactly what that is, aside from the recent DirectX 12 reveal. They are literally sitting on a gold mine and just like my Moroccan civilisation in Civ V, they aren’t doing anything with it. Sooner or later the barbarians (Valve) will come in to loot the tile and throw spanners into the gears and five turns later you’ll wonder where it all went so wrong…