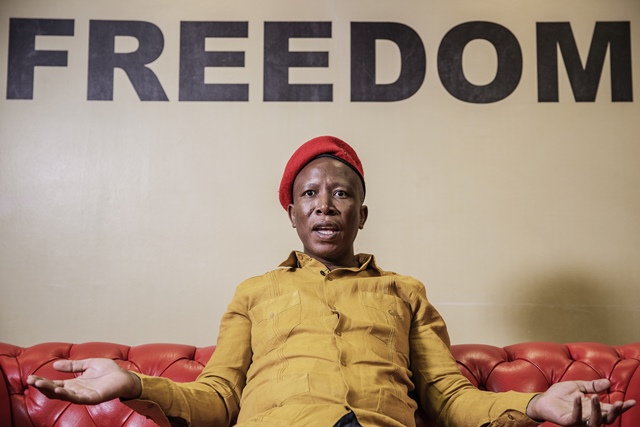 EFF leader Julius Malema said reports saying he had paid AfriForum more than R100,000 for legal costs were lies as he could not afford it, even if he wanted to pay.

“I can’t afford even if I wanted to pay, stop lying,” he said.

He further told those who kept asking him questions about the payment to leave him alone as the matter was “between the two of us” .

Malema was responding to a statement by AfriForum claiming that he and the EFF made a second payment of more than R100,000 to pay two of the five cost orders that AfriForum had obtained against them in the courts.

“Since March 2017, AfriForum has obtained five cost orders against Malema and the EFF in five different appearances in the North Gauteng High Court. It is estimated that the total amount due in terms of the cost orders is around R550,000. After the EFF and Malema paid in total more than R235,000, the amount owed stands at an estimated R315,000,” it said.

The remaining three cost orders would be paid later as two of them had to be taxed and one subject to an appeal application brought by Malema and his party, said AfriForum.

The lobby group said it would not sell the EFF’s assets before the legal processes have been finalised.

“AfriForum will use Malema and the EFF’s payments in our court battles to fight attempts to change the country’s Constitution to allow for expropriation without compensation,” said CEO of AfriForum Kallie Kriel.

This is not the first time Malema has denied paying the lobby group, saying he could not afford it.

Responding to The Citizen’s report, he said he also had never paid AfriForum as he could not “afford” it.