The language is believed to be spoken by more than 1 million people. 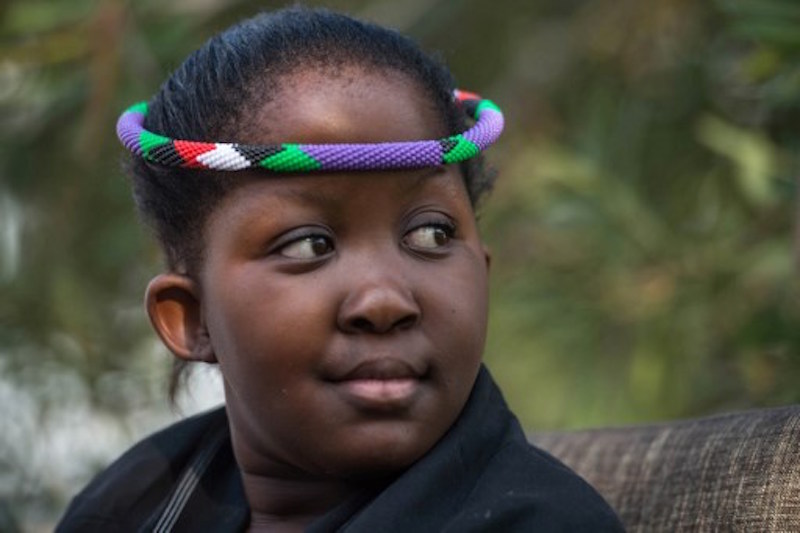 Masalanabo Modjadji, 12, South Africa's only female traditional ruler, with claims of mystical rainmaking powers, is pictured at her home in Midrand on April 24, 2017 in South Africa. Queen Modjadji is the hereditary ruler of the Balobedu, an ethnic tribe in South Africa's northern province of Limpopo. She will be formally crowned when she turns 18, having ascended to the throne as an infant when the previous queen, her mother, died in 2005. / AFP PHOTO / MUJAHID SAFODIEN

Chairperson for the council John Malatji said during the tenure of Nelson Mandela many advances were made in improving the family and their clan’s status. But Malatji said the family, which rules over 129 communities with a population of more than 1.1 million, wants one more thing: “Mandela has granted all we asked for, except for the Khelobedu language to be made the 12th official language.”

Malatji said this plea stemmed from the fact the community’s children constantly get the short end of the stick due to the non-official status of the language.

“Children often comprehend better when they speak in their own language. But that is not the case with Balobedu-speaking children.

“They are usually forced to translate Khelobedu into Sepedi when they sit exams. That is why some of them fail their first language: when they get into exam rooms they start to bite their tongues, because Sepedi is not their mother tongue,” added Malatji.

The family and the council have written to Mathabatha and former presidents Thabo Mbeki and Jacob Zuma to no avail. They have also appealed to the Commission for the Rights of Cultural, Religious and Linguistic Communities for the language’s recognition.

Mathole Motshekga, chairperson for the Kara Heritage Institute, which deals with the promotion of African Renaissance by promoting cultural heritage, indicated that the plea by the Modjadji Royal Family and Council was genuine.

He said the plea was taken to parliament for consideration.

“It is just a matter of time before the children in Bolobedu start to use Khelobedu as their first language in classrooms. But the language still needs to be developed and improved before it is made an official language,” he said.

Archbishop Prince Madlakadlaka Molewa of Motupa, a prominent literature and grammar fundi who writes novels and poems in Khelobedu, said Khelobedu had already been developed and is ready to be distributed to libraries in Limpopo for pupils and students in Bolobedu to learn and read in their mother tongue.

Molewa said Khelobedu was a rich language, rooted with cultural content, and is spoken by communities from along the Great Letaba River to Phalaborwa, Hoedspruit, Tzaneen, Modjadjiskloof and parts of Polokwane.

Popular musicians King Monada and Master KG, all from Tzaneen, also use Khelobedu.

The duo claimed first and second places in this year’s South African Music Awards for Song of the Year.

The Limpopo department of education commended the Modjadjies for their plea and said the department was ready to help to assist the language’s recognition.