Sharks go for flair in Sydney

A premium has been placed on X-factor and speed as Robert du Preez seeks to arrest his side's slump. 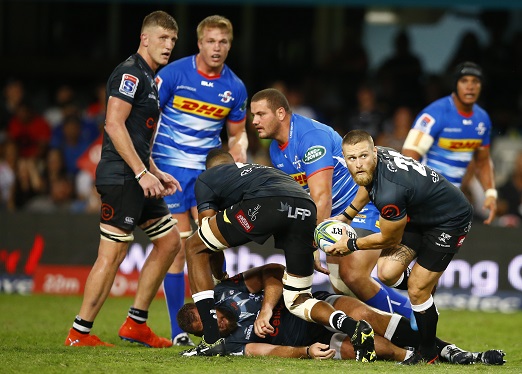 Flair trumps stability when the Sharks take on the Waratahs in Sydney on Saturday.

That became apparent on Thursday after head coach Robert du Preez re-drafted his halfback pairing for the first match of their three-week Super Rugby tour, elevating the duo of Curwin Bosch and Cameron Wright into the respective roles.

Even if the two are far more mercurial than Robert du Preez jr and regular skipper Louis Schreuder, the two men they replace respectively, there won’t be too many complaints about this selection.

The Durbanites are currently in a slump, having lost three of their last four matches and are in desperate need of a revival.

An added bonus is the fact that the 21-year-old Bosch, who hasn’t hit his straps yet in the No 10 jersey at senior level, won’t be rusty going into this game.

In fact, he’s been the one of the few shining lights in the past few weeks, having excelled on attack with the extra space afforded to him at fullback.

By all accounts Bosch has looked hungry to play and it could prove very beneficial to the Sharks’ cause.

Du Preez jr’s form has stagnated for some time now and in the last two games, the head coach’s eldest son has been poor, further justifying Bosch’s selection.

Schreuder’s benching has more to do with him being managed after a heavy workload, yet there’s also the suspicion that Wright’s snappier passing game could provide much-needed momentum to the Sharks’ attacking play.

There will be concerns over how this move affects the side’s defensive prowess as Bosch in particular still hasn’t convinced that he’s a sturdy tackler in a crowded channel.

But the selection of the Du Preez twins and the wily Philip van der Walt could assist in making an extra few tackles for them.