Kolisi: Draw could define our season

The Stormers skipper took an unpopular decision of going for a stalemate against the Crusaders. 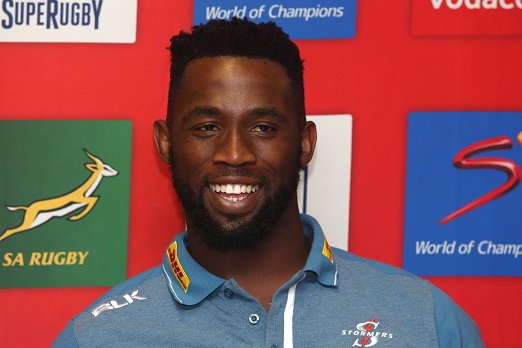 Stormers captain Siya Kolisi during the post match press conference after the Super Rugby match between DHL Stormers and Crusaders at DHL Newlands Stadium on May 18, 2019 in Cape Town, South Africa. (Photo by Shaun Roy/Gallo Images)

In a Super Rugby game marred by controversy and tension, the Stormers and the Crusaders played to a pulsating 19-19 draw at Newlands on Saturday.

The match was described by Stormers captain Siya Kolisi as one which could “define” their season.

Kolisi was at the centre of some controversy after deciding flyhalf Jean-Luc du Plessis should go for posts in the dying seconds, in order to salvage the draw, despite his bench screaming that they should go for touch to try and score the winning try.

Kolisi was backed by Stormers coach Robbie Fleck afterwards, and while the Crusaders scored three tries to one, it was a fair reflection of an exciting game.

“At times they brought out the best in us and we had no excuse, as we had all our Springboks and we wanted to give it our best shot, but they gave us a hard time,” said Kolisi, whose fabulous try gave the hosts an early 10-0 lead before the Crusaders hit back.

“I told the boys they must rise to the occasion as this game could define our season.”

The Crusaders had a crucial try disallowed five minutes from time when it was ruled by TMO Marius Jonker that the pass from reserve-back Braydon Ennor had drifted forward to wing Sevu Reece.

And the Stormers spoiled a match-winning moment when diving fullback Damian Willemse couldn’t control the ball in the in-goal area in an attempt to score the clincher.

Crusaders captain Sam Whitelock admitted they had dropped the ball in the early stages, “which is something we never want to happen.”