Due to the current availability of prey and lack of competition from other lions at the river, it will be difficult to take them back to the KNP. 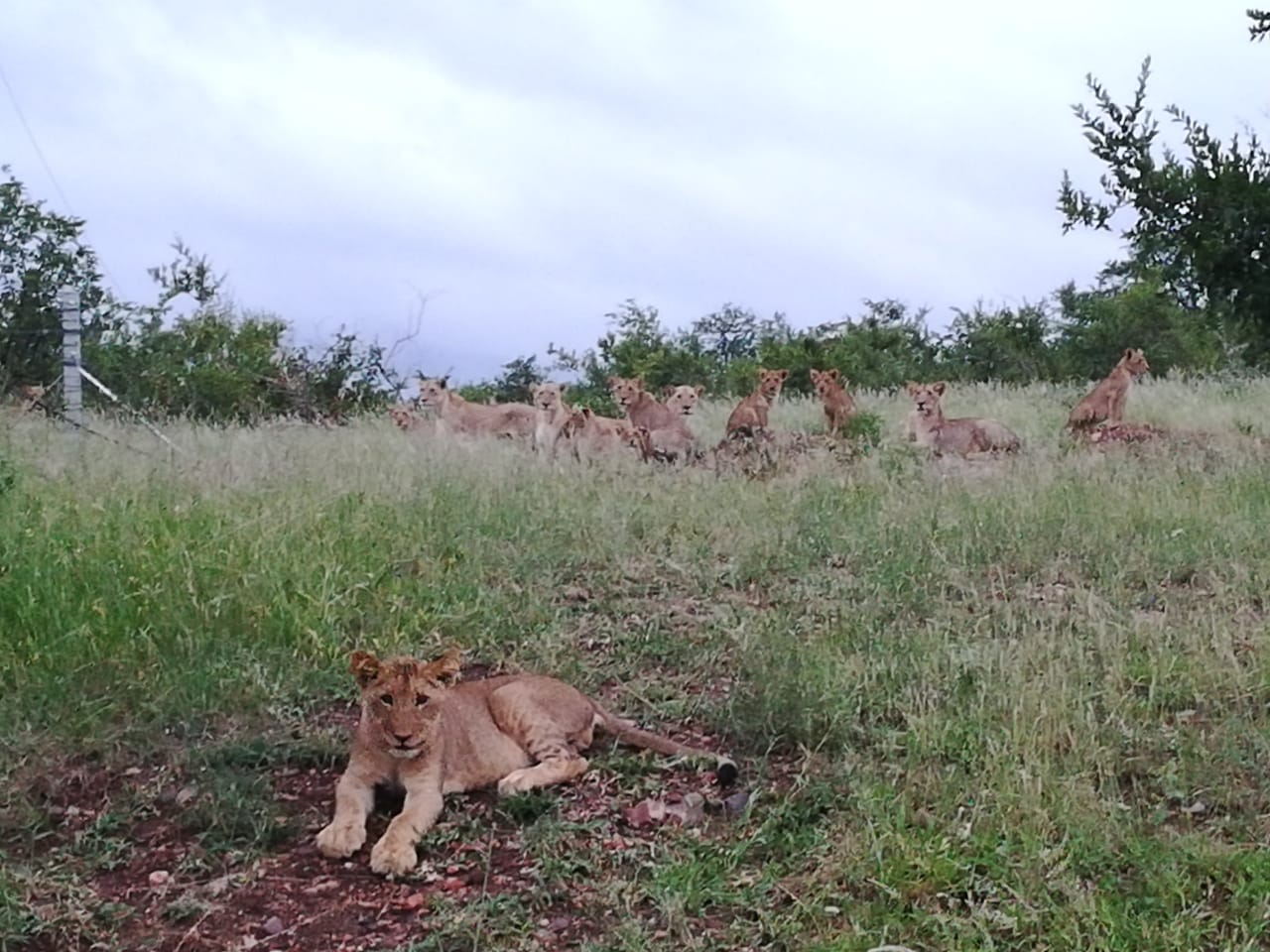 A pride of lions seen in Phalaborwa on February. Photo by Ronica Jansen

New Limpopo MEC for economic development, environment and tourism Thabo Mokone is warning the authorities not to interfere with a pride of lions on the loose in Phalaborwa.

The 14 lions were recently spotted between the Kruger National Park (KNP) and the Phalaborwa Mining Company. Yesterday, the MEC said rangers were observing and tracking the pride and they did not pose any danger.

“These animals might have escaped from the KNP ages ago into an area around the Selati River, looking for prey. They have been roaming around the river for some time and they are being watched 24/7,” he said.

“The pride might have escaped because of the drought in the park. Portions of the fence along the park and the river might have fallen, giving the pride access to the river site. But now they are used to the plateau and moving them to another territory would be totally unfair,” he said.

“When we visited the area at the weekend, we were told other animals, such as buffalo, elephants, springbok and kudu, had also been spotted in the area. The residents told us the animals have been roaming between the river and the park for some time.

“They said the animals were drinking from the river and hunting small animals. We educated them about animal behaviour and how they should behave at night when it is dark,” he said.

“Due to the current availability of prey and lack of competition from other lions at the river, it will be difficult to take them back to the KNP.”

Meanwhile, a security guard was trampled to death by an elephant in the same area of Phalaborwa on Saturday.