One of the central figures in now largely discredited reports of a 'rogue unit' at Sars has accepted the apology despite it coming 'late in the day'. 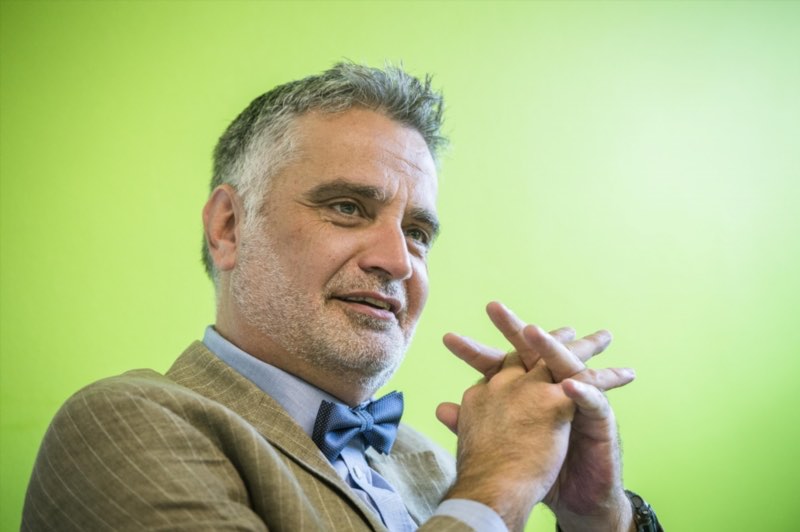 In a Facebook post on Saturday, former SA Revenue Service executive Johann van Loggerenberg revealed he had received a personal apology from former Sunday Times senior journalist Malcolm Rees over how he had been reported on exactly five years ago.

Rees told Van Loggerenberg in his written apology that he had not personally called Van Loggerenberg an “apartheid-era spy”. The description had supposedly been added in the editing process in the Sunday Times newsroom in 2014 after Rees submitted his first article on the matter.

Nevertheless, Rees said he still wanted to apologise for it and that he now sympathised with Van Loggerenberg, particularly because he too had subsequently apparently experienced the “smears” of being “falsely branded” an “unethical journalist” who had allegedly accepted bribes from criminals and manufactured false reports after taking “instruction from nefarious individuals”.

Rees said he had never in fact believed Van Loggerenberg should be branded an apartheid-era spy, particularly if that implied he had “supported the atrocious ideologies of the apartheid regime and that [Van Loggerenberg] had spied on the liberation movements which justly sought to overthrow it”.

He apologised unreservedly to Van Loggerenberg and his family. The signed apology from Malcolm Rees.

In response, Van Loggerenberg recapped his take on how he had been treated by the media over the past half-decade.

“On 10 August 2014, the initial onslaught against the South African Revenue Service (Sars) had moved into overdrive with false allegations being ‘leaked’ to the Sunday Times newspaper, leading up as the precursor to the now wholly discredited so-called ‘rogue unit’ series of news articles. The initial articles on this day, and towards the end of that month, primarily sought to discredit me as Group Executive: Tax and Customs Enforcement Investigations: Project Management Evidence and Tactical Support, as well as the then acting Sars Commissioner, deputy commissioner Mr Ivan Pillay and Sars as institution.

“There was no suggestion or reference of any ‘rogue unit’ yet, but this scheme was already being planned to also ‘leak’ to the newspaper soon enough.”

“Over 53 different allegations of serious crimes were then attributed to a small Sars investigative unit in over 30 prominent articles, posters and headlines. These reports were based on ‘leaks’ by ‘anonymous current and former Sars officials and intelligence operatives’.

“This was sufficient pretext to unceremoniously shut down the executive committee of Sars, suspend a number of people, with millions of taxpayer funds being spent on what are now wholly discredited ‘panel reports’ such as the Sikhakhane panel report, Kroon Advisory Board media statement, ‘reports’ by advocates Martin Brassy SC, Nadine Fourie and Mike van As, and a ‘review’ by audit firm KPMG South Africa. These ‘panels’ can only be described as aberrations, completely materially flawed in fact and law, one-sided pretence of following basic legal processes, but ignoring the motives of those before them, the evidence implicating their very own ‘witnesses’ and, above all, never hearing a single person they judged on the allegations made, nor affording them any right of reply.

“The dire consequences to Sars, our economy, the nation and our national piggy bank are felt by all of us every day. These will remain with us for many years to come. Throughout this period, none being humiliated, tarred and feathered and being cast as ‘rogues’ to the public were allowed to defend Sars as institution, nor themselves.”

He said the initial reports had come from Rees and the then Sunday Times editor Phylicia Oppelt, after which further journalists jumped on the “bandwagon”.

He said the claim that he’d been a former “apartheid spy” had played a key role in boosting the rogue unit narrative.

“This malicious claim had taken on so many variations since then, that it has been repeated ad nauseum by the State Capture gang’s bots and trolls on social media, and even in dubious media reports. The latest variation included a supposed ‘witness’ to the Public Protector falsely claiming on national television that members of the unit were once part of the notorious apartheid hit squad known as Vlakplaas.”

He said Rees’ apology for this smear had come exactly five years to the day after the first articles appeared.

He reiterated that he had never been a spy for the apartheid government and took great exception to the allegation.

“I am grateful for Mr Rees’ apology, even if this late in the day. It could not have been easy to do so publicly. My hope is that he takes the South African National Editors Forum (Sanef) panel into his confidence and that the motives and reasons why this was done will be exposed.

“I therefore accept his apology in as much as he has addressed the one smear against me, which has caused me and my family harm beyond what anybody will ever realise.”