‘I will not consider running’ – Winde after IRR’s ‘supportive’ tweets

John Steenhuisen also got into an exchange with the author of the article attached to the original tweet. 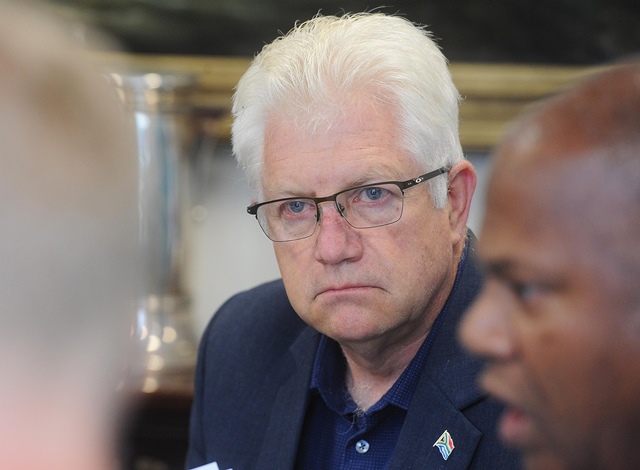 The Institute for Race Relations (IRR) may be backing him to be the next DA leader, but Alan Winde has said he would not consider running for the position.

“He has also conveyed that he has not and will not consider running,” Winde’s spokesperson, Bianca Capazorio, told News24.

The IRR has taken a lot of flak on Twitter from DA heavyweights after a questionable set of tweets on Tuesday, which apparently sought to raise funds in support of a presumed leadership contest within the party.

The institute tweeted a link to an article.

“The seed of the DA’s recovery has been planted by a white man in the Western Cape.’ Alan Winde should be the new leader of the DA. Stand with the IRR at #JoinTheIRR.”

‘The seed of the DA’s recovery has been planted by a white man in the Western Cape.’ Alan Winde should be the new leader of the DA. Stand with the IRR at #JoinTheIRR or SMS your name to 32823 (SMSes cost R1, Ts and Cs apply) https://t.co/SnRaRnLg6f

DA Chief Whip John Steenhuisen said: “The disgusting naked opportunism displayed by the IRR with this tweet is low-politics. The reference to race the antithesis of their mission. What are you going to use the money for? Influencing and paying off DA congress delegates and elected decision making bodies?”

“Why doesn’t IRR stay out of DA internal politics? Isn’t your mandate wider than creating divisions in the main opposition party? @MmusiMaimane elected to lead this party & lead it he will, regardless of the media deflection away from #cr17leaks #GavinWatson #NHI #zondo Focus please.”

Steenhuisen also got into an exchange with the author of the article attached to the original tweet.

“Why else would you attach a fundraising appeal on your opinion piece – very obviously looks like “if you want Winde as DA leader, give to the IRR” – why don’t you guys grow a set, register as a party and contest instead of this sniping and use of the DA to promote yourselves?”

A party statement, issued by Steenhuisen, says the party has rejected ”with contempt” the ”naked opportunism” displayed by the IRR with its ”latest missive”.

”The DA has noted the obsessive preoccupation that the IRR seems to have with the DA’s internal political and ideological conversations. This preoccupation has been increasing over the course of the last year or two.”

The statement continues: ”Given that the IRR has such strong opinions about the DA’s leadership and internal debates, they are more than welcome to become members of the DA and exercise their membership rights to participate in the DA’s next congress, at which the party’s leadership will be elected, instead of sniping from the side-lines and shamelessly piggy-backing their fundraising appeals on to it.

“Given their obsession with the DA, the other option for the IRR is to form their own political party and contest elections in its own name – rather than attempt to piggy-back on the DA’s successes in government, as it is currently trying to do while fronting as an NPO.”

The fracas occurs in the context of what DA leader Mmusi Maimane has called a “smear campaign”.