Rassie: Japan have more than earned their respect

While any talk of Brighton is now gone, the Springboks still are very much wary of the motivated host nation ahead of the quarterfinal. 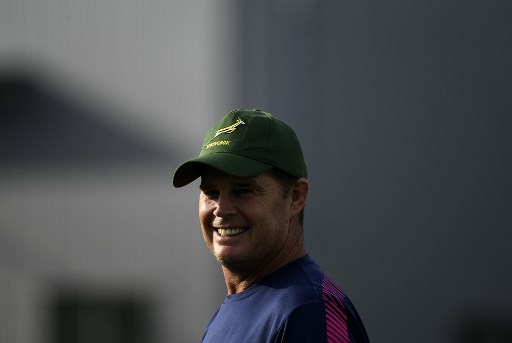 Springbok coach Rassie Erasmus says he is not surprised by the fairytale World Cup ride hosts Japan have experienced ahead of their quarterfinal in Tokyo this weekend.

Japan rose to seventh in the world rankings on Monday, just two places behind the Boks, after beating top-tier teams Ireland and Scotland on their way to their first World Cup play-off.

Considering their impressive run of form, Erasmus said the Boks were taking the challenge seriously.

“For us, their success hasn’t been a big surprise and it’s going to be a really tough game,” he said.

“After our warm-up game I said they would be No 1 or No 2 in their pool, so we’re not surprised.

“However, we are playing for our country and we want to try and win the World Cup, and for the next week unfortunately Japan are the enemy.”

The Boks beat Japan 41-7 two weeks before the World Cup started, softening the blow of their 2015 World Cup pool game when Japan shocked the Boks with a 34-32 win in Brighton, and Erasmus believed this weekend’s game should be considered in isolation.

“They have improved and we have improved and the reason for that Japanese warm-up game was to erase the Brighton game, so that if we did play them in the play-offs, hopefully that (2015) game didn’t get mentioned again.

“It’s 1-1 now and we’re going into a quarterfinal against a really tough team.”

Wing Cheslin Kolbe and Herschel Jantjies are expected to be fit after picking up ankle and hamstring niggles last week.

“Internally our team has already been announced and they will both be in the team,” said Erasmus, who was set to officially announce his side on Thursday.

“We will have our first full training session in preparation for Japan and we expect them to come through the session. I would say they are 99% ready.”

The Boks transferred from Kobe to the capital city – a two-hour, 45-minute ride bybullet train – to be met by their largest media conference since arriving in Japan in the first week of September.

With a big crowd expected to be cheering for the home side on Sunday, the Boks were preparing to face more than just a very good Japanese national team.

“It’s a tough position to be in,” Erasmus said.

“The first thing is that it’s really tough not to like the Japanese people.

“I know there have been lots of losses in terms of lives and in different ways, and we send our condolences from South Africa and the Boks to those people.”