Untu is of the view that individuals in Prasa were deliberately giving the board and Mbalula 'wrong information' to save themselves. 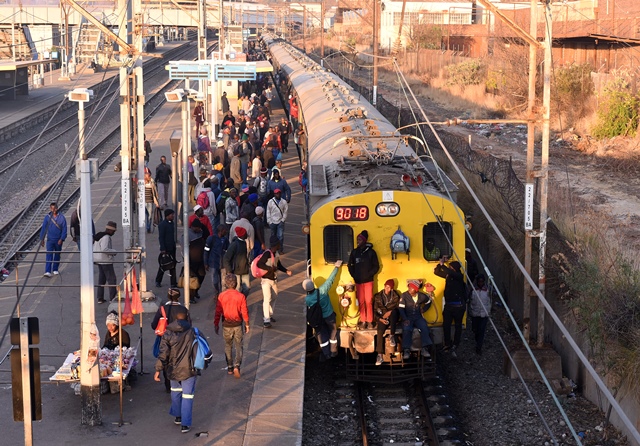 Members of the United National Transport Union (Untu) have disputed the statistics and successes announced by Transport Minister Fikile Mbalula regarding the Passenger Rail Agency of South Africa’s (Prasa) war room on Monday.

The war room was launched on August 8, 2019, to improve the customer experience for commuters who use Prasa’s services every day.

Mbalula announced a lot of progress had been made since its inception, adding more still needed to be done.

He said while there were still many challenges, he was encouraged that plans have been put in place to resolve them.

Untu general-secretary Steve Harris, however, said there was “very little success so far”, adding Prasa services in the Western Cape still experienced train cancellations due to a lack of available trains.

In other cases, he said, hour-long trips took up to three hours because of vandalism.

In KwaZulu-Natal, theft and vandalism were also the root causes why trains still experienced delays, while Gauteng was also experiencing the same trend, he added.

“In Gauteng, the experience is exactly the same. The vandalism of and theft of the infrastructure is a delay occurrence. Trains are not on time; the only difference is that faulty sets are no longer taken out of service, but allowed to continue to run.”

Harris added that the contracts of several private security companies were not renewed nationwide at the end of October.

“As a result, there were 400 less security officers on station platforms from November 1, 2019, endangering the lives of our members and innocent commuters even more.”

Harris said the union was of the view that individuals in Prasa were deliberately giving the board and Mbalula “wrong information” to save themselves.

He added the union was busy drafting an affidavit for Judge Cassim Sardiwalla of the Gauteng High Court in Pretoria.

Prasa has been operating under Sardiwalla’s conditional court order since October 12.