Orange overalls for those implicated at Zondo commission – Makgoba

NPA needed to be given the space. 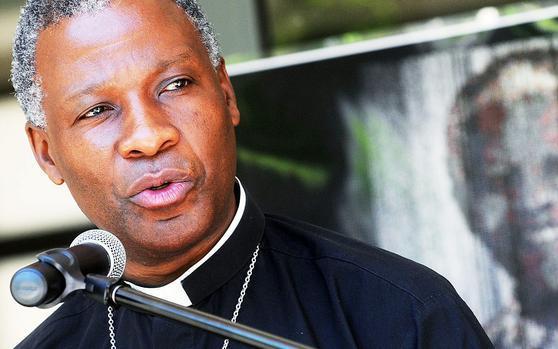 Archbishop Thabo Makgoba hopes that 2020 will be “the year of the orange jump-suit” as those involved in state capture are brought to trial and convicted.

Makgoba has also warned against putting pressure on the National Prosecuting Authority to rush their work, saying the NPA needed to be given the space to prepare watertight cases.

“Botched prosecutions and widespread acquittals would be a disaster, sending the wrong signals to the corrupt and plunging the country into despair,” he said.

Makgoba was delivering his Christmas sermon at midnight Mass in St George’s Cathedral in Cape Town. He also criticised President Cyril Ramaphosa, his Cabinet and Parliament, saying they were excellent talkers, good enough to talk a dog down from a meat truck.

“But when it comes to improving service delivery, delivering basic healthcare and bringing our education system up to global standards to ensure equality of opportunity for all our children, their words are empty and actionless.

“Transform the market economy from a self-serving mechanism for elites to one which is less exploitative, and both serves our environment and distributes resources and income more equitably,” he said.

“Here in South Africa, we hope it is ‘the year of the orange jump-suit’, a year of reckoning for those whose greed has driven the country to the brink of disaster… I don’t want to appear vindictive. Nor do I want to join the ranks of those who would put undue pressure on prosecutors to rush their work.”

Makgoba said NPA boss Shamila Batohi, investigative directorate head Hermione Cronje and their teams at the NPA needed to be given the space to do their jobs properly and to prepare watertight cases which secure convictions.

“But there must be consequences for corruption, both for those in the private sector who facilitate it and those in the public sector who take advantage of it. The justice, the peace, the reconciliation and the abundant life which a flourishing democracy promises will be achieved only if those who threaten to subvert it are held accountable.

“So I pray that our hope is not misplaced,” he said.

Makgoba said government have had nearly two years to get their act together, rebuild national and international trust and begin to keep the many promises they’ve made to us.

He continued that across the world, the economic ordering of society and the question of how South Africa developed its material resources was central to the crises that afflict us.

“In South Africa, I have said that the old economic order must go. But inequality is not confined to South Africa, or Brazil, or the United States.

“It affects us all and I am a strong supporter of an initiative by the international faith community to advocate a new form of global governance and a new economic framework, one which would transform the market economy from a self-serving mechanism for elites to one which is less exploitative and both serves our environment and distributes resources and income more equitably,” he said.