It's becoming increasingly evident to some that Cash van Rooyen and co might've been thrown to the wolves in this year's tournament. Elton Jantjies of the Lions passes as he is tackled during the round five Super Rugby match between the Waratahs and the Lions at Bankwest Stadium on February 28, 2020 in Sydney, Australia. (Photo by Mark Kolbe/Getty Images)

Captain Elton Jantjies has risen in support of Lions coach Cash van Rooyen and his management team, who have come under a lot of scrutiny after the team’s poor start to the Super Rugby season.

It wasn’t only their third defeat against the Waratahs at the weekend which caused concern, but also the manner in which they lost, with no creativity shown on attack and a lack of vision and intensity on defence.

Together with Van Rooyen, questions were being asked about the backline, along with attack coach Neil de Bruin and defence coach Sean Erasmus.

It was believed by some that the Lions’ young coaching staff were being exposed this year, with new lineout coach Warren Whiteley also still learning the ropes.

“I do, however, believe we are definitely up as a group despite the results,” Jantjies said. 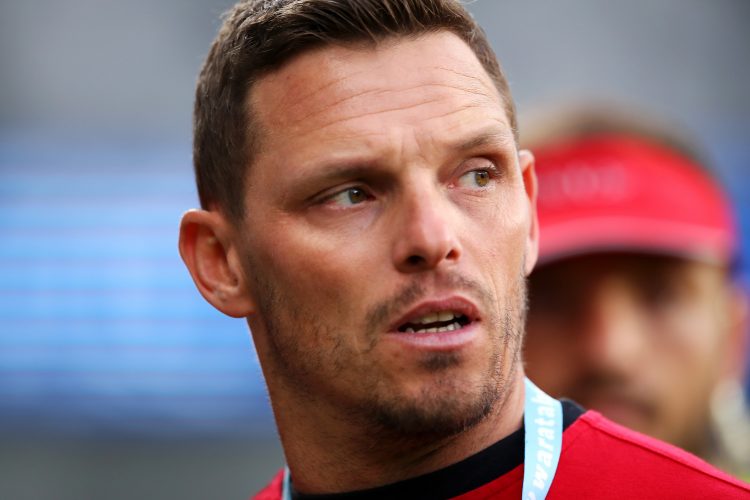 “We are getting to know each other off the field quite well.

“We are also growing on the field but we can’t make excuses in terms of new boys or guys playing their first or second season.”

The Lions had scored 11 tries and conceded 16 in four games, but they had owned up ahead of their game against the Rebels in Melbourne this weekend, according to the skipper.

“We love taking responsibility and we enjoy playing with freedom,” Jantjies said.

“We just have to keep on doing what we are doing. I believe we are definitely doing the right things.

“We apply good pressure with ball in hand as well as with our kicking game.

“It was just that the start from the Waratahs was very good. It was simple and decisive and they scored some good tries.”

Jantjies was confident he would be fine to take on the Rebels after leaving the field for a head injury assessment against the Waratahs.

“It was just a normal tackle and he (Lachlan Swinton) hit me a little bit high and he got the yellow card,” Jantjies said.

“I didn’t like the fact that I had to go off to get it checked out, but I assure you it’s fine now.”