News24 previously reported on allegations that the man had been tasered and beaten to death by police. 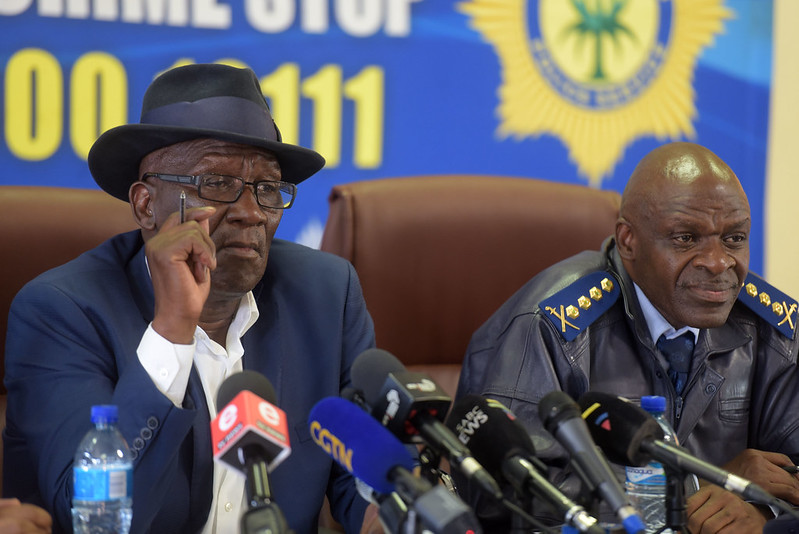 A Cape Town man who was said to have been killed by police brutality while buying beer during the lockdown, actually died from a heart attack, Police Minister Bheki Cele said.

He said a post-mortem report revealed that the man did not die from being beaten. The minister was speaking at a briefing on Thursday night.

News24 previously reported on allegations that the man had been tasered and beaten to death by police.

Cele, meanwhile, said police have arrested 2,289 people since the start of the lockdown for violating regulations.

“Don’t give us a reason to arrest you.”

He warned that there are 24,389 law enforcement officers on the streets.

Cele clarified that no cigarettes can be sold, and knocked down the Western Cape government saying on Thursday that vendors would be allowed to sell cigarettes.

“For now, cigarettes will not be sold… that includes Western Cape,” Cele said.