The shop owner was reportedly assaulted when the SANDF members were controlling a line of customers outside a mall in Giyani. 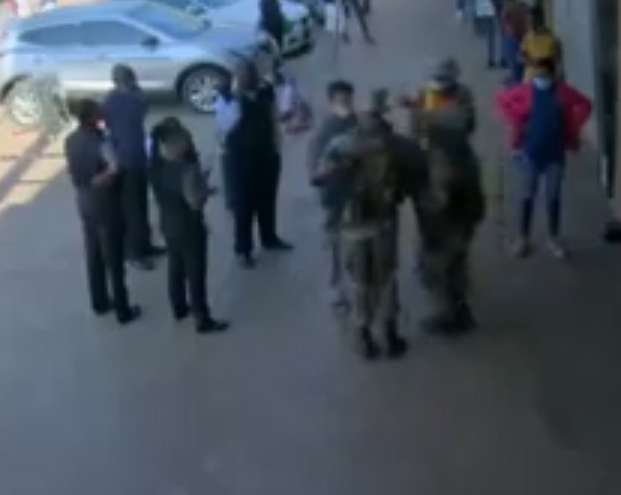 A case of assault was registered at the Giyani police station after a South African National Defence Force (SANDF) member slapped a shop owner and allegedly used racial slurs at the Masingita Mall.

It was confirmed that an investigation was launched. The incident occurred on 6 May when shop owner Sajid Patel, 34, was assaulted when the SANDF members were controlling a line of customers outside the mall.

As seen in CCTV footage, the soldier reportedly mistook the shop owner for a customer trying to bypass the queue, which led to the assault.

Patel said he left his shop after midday to buy lunch outside the mall, and upon his return, was refused entry by the soldiers.

“They instructed me to join the queue with the other shoppers. I tried in vain to explain that I was the owner of a shop inside the mall,” he told Polokwane Review.

The shop owner said he had asked the soldiers to allow him to call security guards at the mall, who would be able to confirm his identity, but the request was also refused.

“I suggested to go and fetch one of the guards myself, when the one soldier told me to ‘Voetsek’ and join the queue,” said.

Patel further said that joining the line was not an option since the queue was long, which would had resulted in him being away from his shop for approximately three hours.

“As I was trying to explain this to them, one of the soldiers slapped me out of the blue. At no point did I provoke him, I was just requesting to go back to my shop,” he said.

He said he consequently phoned the mall management for assistance, as well as the police and further added that one of the soldiers referred to him in a derogative manner.

“While the soldier who slapped me was seemingly apologetic, one of the other soldiers then started insulting me,” he said.

The shop owner said the treatment he had to endure was unacceptable.

“First they did not want to listen to me. Then they made me look like a foreigner in my own country. I am in South Africa trying to make a living just like everyone else,” he continued.

Normsa Ncongwane, the manager at the mall said a discussion was held with the soldiers following the incident.

“Since they are not employed by us, we can’t discipline them, but we did have a conversation to say this behaviour is unacceptable. We fully support the case opened by Mr Patel against the soldier that was involved in the dispute,” she said.

The SANDF is still yet to comment on the matter. 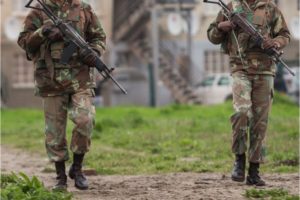 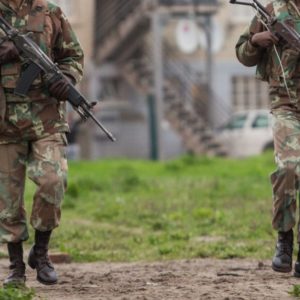