Big surprise as black mamba ends up in hamster cage

The snake was about 1.1m long, healthy and had an obvious bulge. It will be released into the wild. 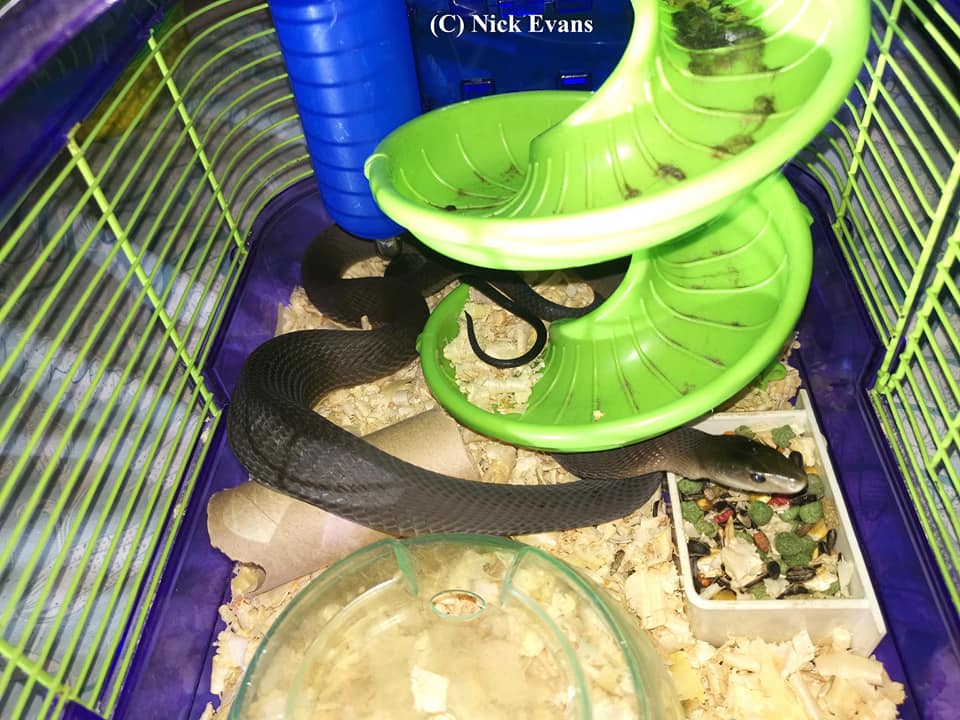 A 1.1m black mamba made its way into a hamster cage. Picture: Nick Evans- Snake Rescuer/Facebook

Snake catcher, Nick Evans was called to a Glenwood home to remove a snake that found itself caught in a hamster’s cage, this week.

He received a call from a young man in the Carrington Heights area (Glenwood) who had gone to check on his younger sister’s pet Russian Dwarf Hamster, as she was away, the Highway Mail reports.

Inside the cage was a black mamba and no hamster.

“We arrived and saw the mamba checking us out, head raised, looking very nervous. It was a bizarre sight, although very sad for the family I’m sure. What was this guy going to say to his poor sister? That’s an awkward conversation. But he had no hard feelings towards the mamba, which I appreciate,” said Evans.

Fellow snake-rescuer, Duncan Slabbert placed the cage on a nearby bed and carefully opened the top of the cage.

Evans reached in with the tongs and soon after had it secured in his hands. He said the snake was about 1.1m long, healthy and had an obvious bulge.