Traffic police carried out various operations throughout the province to enhance road safety and ensure compliance by all road users. 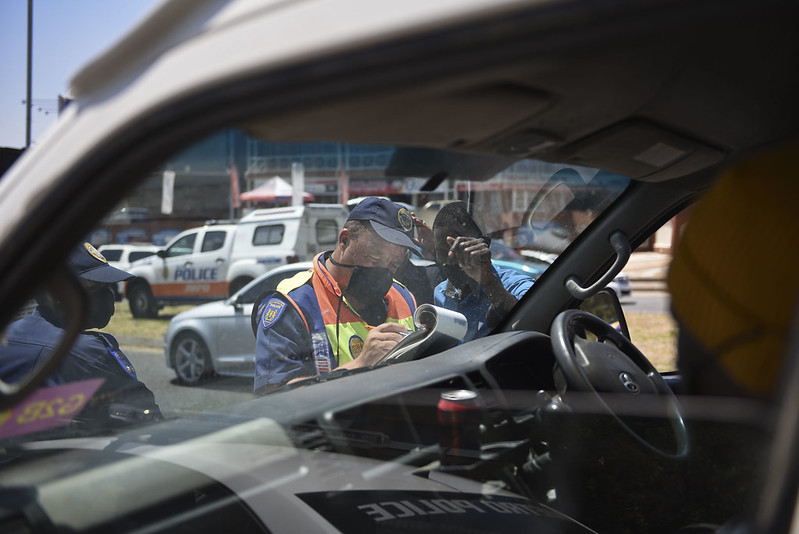 Gauteng traffic police have called on motorists to adhere to road safety rules and regulations.

During October, “Transport Month” was observed under the theme “Together shaping the future of Transport”.

Traffic police carried out various operations throughout the province to enhance road safety and ensure compliance by all road users.

The following statistics were recorded by Gauteng traffic police from the period 1 October to 28 October 2020:

Two suspects were arrested for fraud during an operation on the N1 South freeway, one was arrested after being found driving a car with a fraudulent licence disc, while the other suspect was found in possession of many documents such as identity documents and passports that could not be accounted for, as well as driving a vehicle without a driver’s licence.

Police also reiterated the importance of road users continuing to exercise caution during this period.

“Road safety must always be at the top of road users’ priorities. Drivers should always consider the threats posed by non-compliance with the rules and regulations of the road,” said Sello Maremane, Gauteng traffic police spokesperson.

The authorities have noted that road crashes, especially on weekends, continued unabated and posed a major challenge.

“Our statistics reveal a glaring picture of blatant disregard for the rules of the road, especially on weekends, often resulting in many fatalities.

“We have noted that human factors such as excessive speeding, jaywalking, reckless and negligent driving, distracted driving such as using a cellphone while driving, and driving under the influence of alcohol have contribute immensely to these fatal crashes,” added Maremane.

Police have encouraged all road users to be cautious on the roads by adhering to the prescribed road safety regulations at all times.

This article first appeared on Krugersdorp News and was republished with permission.