A public holiday on Diwali would be a step in the right direction as it is important for Hindu families to celebrate Diwali together at home and temple, argues Hindu movement groups. 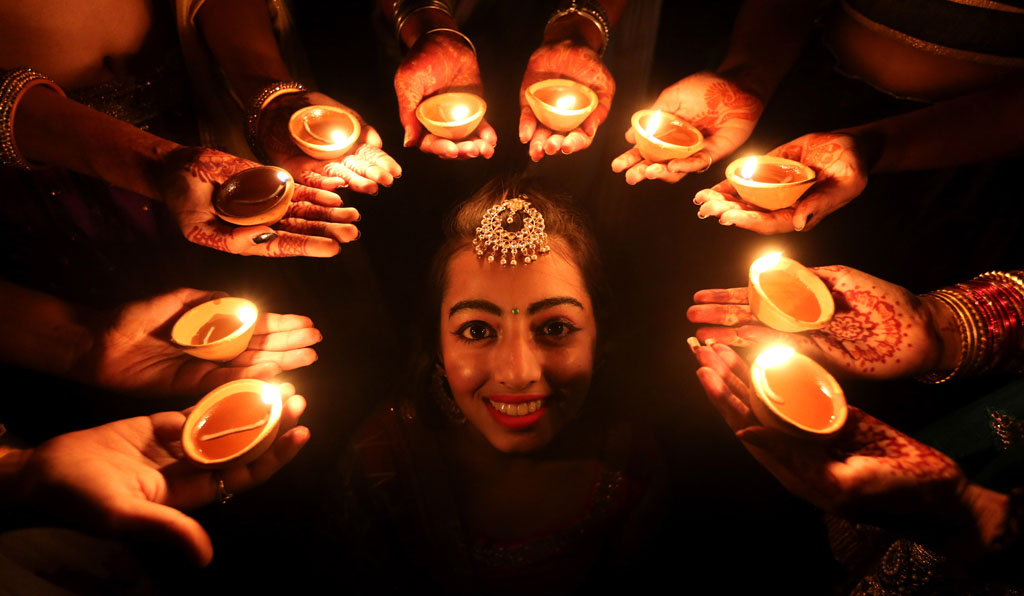 Indian girl poses for a photograph with light lamps on occasion of Diwali festival celebrations in Bhopal, India, 26 October 2019. Diwali, the festival of lights symbolizing the victory of good over evil commemorates Lord Ram's return to his kingdom Ayodhya after completing his 14-year exile. Diwali will be celebrated on 27 October this year. Picture: EPA-EFE/SANJEEV GUPTA

Hindu movement groups are calling for the most important national festival of Hindus, Deepavali/Diwali, to be considered for inclusion on the South African calendar as a public holiday in terms of the Public Holidays Act 36 of 1994.

The South African Hindu Dharma Sabha and the South African Hindu Youth Movement have jointly made written submissions to President Cyril Ramaphosa, the Minister of Home Affairs and the Chairperson of the Commission for the Promotion and Protection of the Rights of Cultural, Religious and Linguistic Communities.

The Dharma Sabha has made written submissions for 20 years to the South African government to consider Deepavali as a public holiday.

“The inclusion of Deepavali will enhance inter-religious respect, understanding, goodwill and harmony.

“This would be consistent with international best practice of many multi-religious countries such as Malaysia, Singapore and Mauritius which accommodate minority faiths on their calendars.

“Minorities matter, and in a democracy minorities should be accorded maximise protection and promotion of rights and interests because they are most vulnerable.

“There should be no domination and/or discrimination by one group over another based on grounds of race or religion, and the new democratic Constitution of the Republic of South Africa accords all religions equal recognition, respect, status and treatment,” Singh said.

The suggestion is that Family Day, which has no spiritual significance, should be removed and replaced by Deepavali Day, since it would have no negative impact on the economy as no extra holiday will be added.

Hindu ‘statesman’ Rajan Zed, in a statement in Nevada (USA) this week said it was not fair that the KZN Hindu community had to be at work during their most popular festival while there were public holidays during other religious days.

Zed, who is the president of the Universal Society of Hinduism, suggested that the KZN government needed to revisit its public holiday policies as KZN was a multi-cultural society.

As an interfaith gesture, Zed urged leaders of other religions/denominations active in KZN to come out in the support of their Hindu brothers and sisters arguing for a Diwali holiday.