The grade 12 pupil was set to write his last NSC exam on 15 December, however, he allegedly never arrived.

A Pretoria Boys High School (PBHS) matric pupil Topman Matiko, 18, who had been missing for three weeks, has been found  safe.

The search for the PBHS matriculant from Sinoville, north of Pretoria, began when he missed his last matric exam.

“We are very grateful for all the concern that has been expressed within the PBHS and broader community. Our particular thanks to those parents who assisted, via the various agencies, with the search for this pupil,” said the school.

His father, Joseph, confirmed to Rekord that Topman had been found.

“My son is fine. I do not want to divulge any info over his disappearance. We have found him and everything is okay,” he said.

Joseph previously said to Rekord his son was last seen by his brother on 14 December.

He said the grade 12 pupil was set to write his last NSC exam on 15 December, however, he allegedly never arrived.

“He left home in Sinoville on Monday, 14 December, to drop books off at the school, and after that he was not seen.”

He said Topman was known to leave home on occasion, for two to three hours but would always return.

“Topman would go out without us knowing where he was and currently nobody knows where he is.”

Joseph said after his son’s disappearance, appeals for information to the school’s grade 12s and parents had yielded no results.

“No information about his disappearance came forth.” 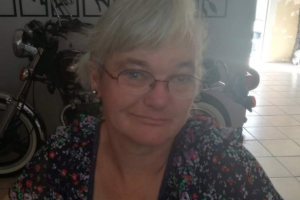