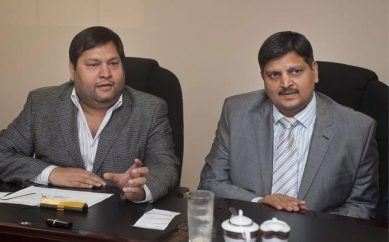 The United Kingdom announced that it has imposed sanctions against the controversial Gupta family, and its associate, Salim Essa.

This was announced on Monday by the UK’s Foreign Secretary Dominic Raab under the new Global Anti-Corruption regime.

“Individuals involved in some of the world’s most serious cases of corruption will no longer be able to channel their money through UK banks or enter the country thanks to new sanctions announced by the Foreign Secretary today,” reads the statement.

Mango to cull flights from 1 May Mango has removed all flights on sale from May onward, but it says it’s still flying today and tomorrow. Picture: Supplied

SAA subsidiary Mango has removed all flights for sale from its website starting 1 May.

This confirms that the airline will likely cease to operate from the end of April.

Last week, via a leaked internal communique, it came to light that the airline may be ‘mothballed’ due to lack of funding from next month. Now, that no flights are on sale beyond Friday, seems to confirm this.

Light at the end of DNA backlog tunnel FEM went live on 6 April, and has already loaded around 10 million samples from the forensic laboratory administration system. Photo: iStock

After Police Minister Bheki Cele last month admitted to having sleepless nights because of the country’s DNA testing backlog, a statement released on Monday said Saps had made “great strides” in getting track and trace forensic exhibits up and running.

The previous forensic system was shut down by the service provider in June last year. This resulted in the “disappearance” of millions of forensic exhibits from the national database.

Lily Mine families spokesperson in hiding for fear of his life Continued attacks on the settlement outside of Lily Mine where the families of the three dead miners whose bodies are still trapped in a container almost 70 meters underground have forced the official spokesperson for the three families into hiding for fear of his life.

Harry Mazibuko has for the past five years been leading a campaign, asking, petitioningLily mine, and pleading for government support to have the container retrieved.